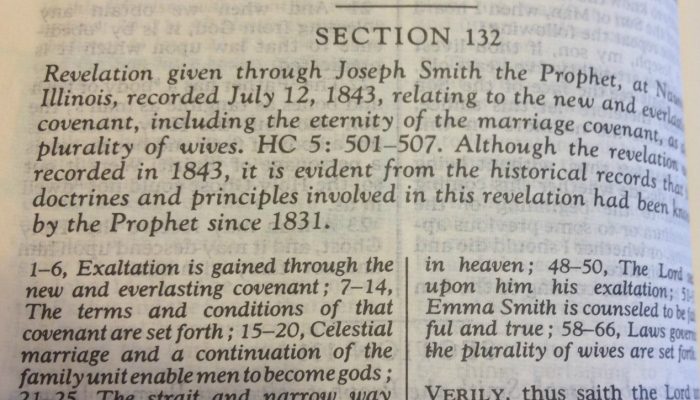 It has been a sweet experience for me to discuss with my son his impressions as he studies the Doctrine and Covenants this year in seminary, as I was the same age when I first read the D&C.

At the time, it was a struggle for me to understand what I saw as a hodgepodge of concepts glued together in sections, but that has not been his experience. This could be due to the new seminary curriculum, which incorporates not only discussion of the text but also the history behind the revelations.

Most parents would see this change as a move in the right direction, considering the calls for the Church to be more transparent about its history and to clarify doctrine, but there has been a surprising amount of controversy. This new curriculum brings the discussion of difficult topics prevalent in the dialogue of online media into the classroom. Some have likened this move to opening a can of worms, but it is better compared to an inoculation. The shot may sting at first, but it could prevent a much more serious illness later.

Seminary teachers are only given an hour to teach these deep doctrines and difficult aspects of history, so as parents we can help our children by studying the seminary lessons along with the Gospel Topics pages and Revelations in Context. These online resources will provide additional information not necessarily included in the brief seminary lessons. 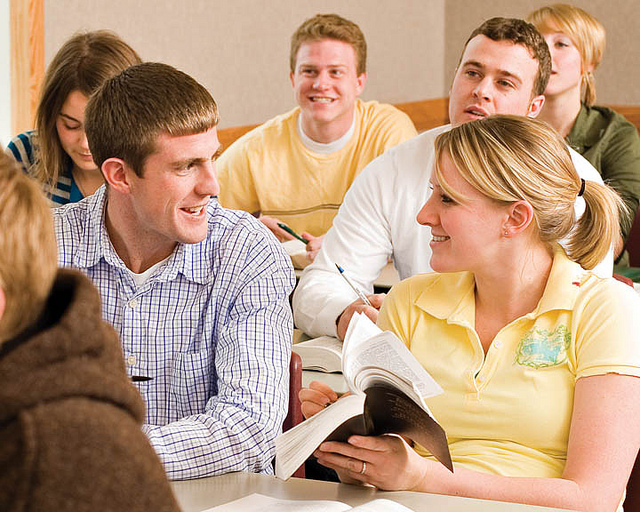 Revelations in the Doctrine and Covenants

Discussing how the D&C differs from other scriptures and how it was compiled may also enhance understanding. Apostle Orson Pratt explained the process by which the Prophet received these revelations, noting: “Joseph … received the ideas from God, but clothed those ideas with such words as came to his mind.”

As the Prophet compiled the Book of Commandments, which later became the Doctrine and Covenants, he sometimes combined several revelations into one section and revised the words of the original dictation to reflect further light and knowledge he had gained over time. President Wilford Woodruff once declared that “Joseph was full of revelation,” but not all of those revelations were relevant for the general membership.

Every section of the D&C has a story. Sometimes revelations came as answers to questions Joseph Smith asked of the Lord, other times they came during important events like the dedication of the Kirtland temple, and still others were received at the requests of individuals wishing to know the will of the Lord in their lives. Understanding the stories behind the revelations is critical to understanding the meaning of the words of the revelations themselves.

During the month of April, most seminary students will be studying D&C 132, one of the most difficult-to-understand sections in the Doctrine and Covenants. As they study this section, they will not only be taught the doctrine but also the historical context in which the revelation was received. Parents may want to review the seminary lessons and discuss them with their teenagers.

The history behind D&C 132 permeates and dictates the contents of this revelation to an extent that few readers realize. Apostle Joseph F. Smith commented in 1878 on the context of the dictation of D&C 132:

When the revelation was written, in 1843, it was for a special purpose, by the request of the Patriarch Hyrum Smith, and was not then designed to go forth to the church or to the world. It is most probable that had it been then written with a view to its going out as a doctrine of the church, it would have been presented in a somewhat different form. There are personalities [Emma Smith specifically] contained in a part of it which are not relevant to the principle itself, but rather to the circumstances which necessitated its being written at that time. Joseph Smith, on the day it was written, expressly declared that there was a great deal more connected with the doctrine which would be revealed in due time, but this was sufficient for the occasion, and was made to suffice for the time.

Joseph and Emma Smith experienced the most tumultuous time in their marriage during the summer of 1843. Becoming more familiar with what was going on in their lives will help the reader better understand the different topics discussed in this section. Much deals directly with the challenges Joseph and Emma were experiencing at the time. In fact, the final verses warn readers that the doctrine presented is incomplete, but it was sufficient to address the concerns of Emma.

Section 132 is not always lauded as a favorite section by members because of the difficult concepts and strong language contained within its 66 verses. Considering context will lend clarity where often there is confusion and misunderstanding of the text.

For example, polygamy was commanded among select Saints at the time this revelation was dictated. Part of this section addresses plural marriage, but plural marriage and eternal marriage are not the same thing. A righteous monogamous couple receive the same blessings of exaltation as a righteous polygamous couple married in the new and everlasting covenant when sealed by proper authority.

Because this section discusses plural marriage as a commandment, some wonder if polygamy will be mandated in the celestial kingdom. This section does not say that it will nor has any prophet declared such to be the case. We only know of one time that polygamy was mandated on earth for all believers and that was between 1852 and 1890. We are told in verse 19 the blessings of righteous eternal marriage include “exaltation and glory in all things,” which sounds like we will be joyful in our existence whatever that entails. Reading a polygamous eternity into this section would be speculation.

When dictating this revelation, Joseph Smith used traditional language pulled from the King James Bible, which seems a bit extreme today and is off-putting to many. The repeated use of “destroyed” is particularly disconcerting. Webster’s 1830 dictionary lists several definitions for “destroy,” but the one that best applies to D&C 132 is “to cause to cease; to put an end to.” When Emma was told she would be destroyed if she did not obey, it didn’t mean that she would literally have an imminent demise in a dramatic manner but rather that she would be considered a transgressor and would not be eligible for the blessings of exaltation.

For those students who worry about Emma, it may be reassuring for them to learn that though she struggled with the practice of plural marriage, Emma also testified to Mary Jane Woodward of the “correctness of the principle.” Plural marriage was correct at the time because it was commanded. Monogamy is correct now and has been the standard since the Manifesto was issued by President Wilford Woodruff in 1890.

Though the section was dictated for Emma, there is precious doctrine contained in these pages not found elsewhere in our scriptures. It discusses the creation of eternal marriages through the new and everlasting covenant of the gospel, the zenith doctrine of the Restoration. The promise of the perpetuation of families beyond death provides hope and motivation to keep God’s commandments in this life. This is doctrine that is applicable to our teenagers in this day, and it is only found in section 132. 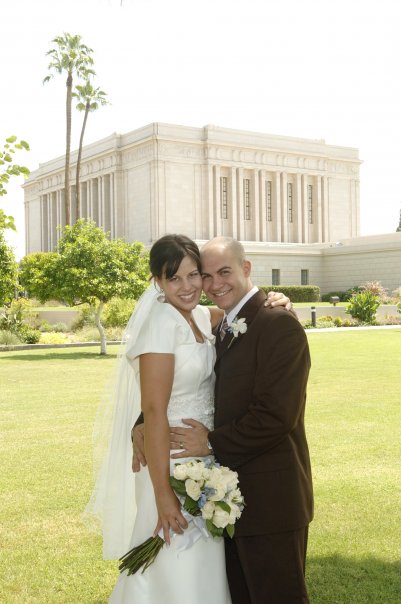 As a parent of a seminary student, I am grateful the Church has revised its seminary curriculum to address the difficult doctrine and controversial history it has been criticized for avoiding in the past. These are not easy topics to discuss or understand, but avoiding them will not make them go away. Learning together as a family with the aid of Church-compiled resources will help us all come to a better understanding of D&C 132.