Scripture Book of Mormon The Shoutout to Heavenly Mother You’ve Been Missing in 1 Nephi Chapter... 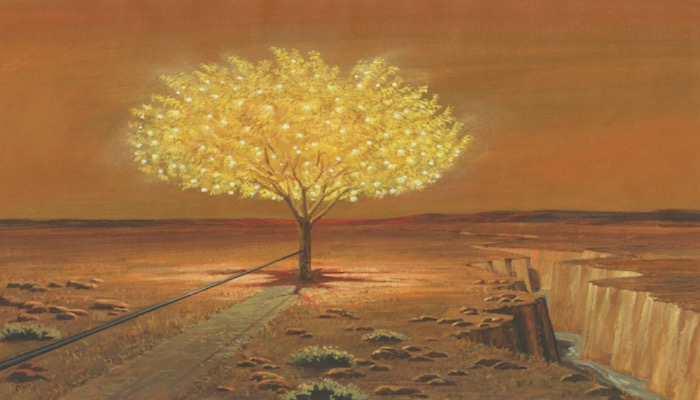 Most of us in the Church know that we have a Heavenly Mother. After that, things get a little murky. There’s a lot of myths concerning her, and one of those is that there are just not a lot of direct references to her as an individual.

Actually, that’s not true. But if you’re just looking at things on a surface level, it’s easy to get the wrong idea since a lot of these references, such as 1 Nephi 11, are hidden under layers of cultural nuances that we just aren’t familiar with as modern readers.

If you want to pick up on some of the references to Heavenly Mother in the scriptures, then we’re going to have to go back in time a little bit. Well a lot actually, all the way back to ancient Israel.

The first thing you should know about the ancient Israelites is that they were actually a lot more polytheistic than we’re probably comfortable admitting. In an article titled How to Worship Our Mother in Heaven (Without Getting Excommunicated), LDS scholar Kevin L. Barney stated:

“The more recent trend in scholarship is to see the development as more profound, beginning with a polytheistic pantheon much like that of the Canaanites.”

These Gods, included the high god El, his wife Asherah and his son Yahweh (who would eventually be called Jehovah). But around 640 B.C., this starts to change. The king of Judah at the time, King Josiah, kickstarts what is known today as the Deuteronomic Reform.

Long story short, Josiah and his priests were just sick and tired of people falling away, time after time, because of idol worship — can you blame them? Finally, they say enough is enough, from now on, we’re only worshipping one god: Jehovah.

But, they still had to find a way to stop people from worshipping these other gods. What were they going to do, for example, about all the women who prayed to Asherah for fertility? The Deuteronomic priests decided they would just merge all the characteristics and functions of the different deities into Jehovah.

However, like most changes, this didn’t happen overnight. This brings us to back to 1 Nephi and how it references Heavenly Mother.

Applying Knowledge of Israelite Practices to Nephi and Lehi

By the time Lehi and his family are leaving Jerusalem about 40 years later, the practice of worshipping Asherah is still very much alive. This means that Lehi and his children, including Nephi, would have been very familiar with Asherah and her traditional religious symbol: trees.

Understanding Nephi’s familiarity with the goddess Asherah, gives us deeper insight into 1 Nephi 11 and how it relates to Heavenly Mother. In this chapter, the Spirit visits Nephi to help him understand the vision Lehi had about the tree of life.

“And it came to pass that the Spirit said unto me: Look! And I looked and beheld a tree; and it was like unto the tree which my father had seen; and the beauty thereof was far beyond, yea, exceeding of all beauty; and the whiteness thereof did exceed the whiteness of the driven snow. And it came to pass after I had seen the tree, I said unto the Spirit: I behold thou hast shown unto me the tree which is precious above all. And he said unto me: What desirest thou? And I said unto him: To know the interpretation thereof . . . (1 Nephi 11:8–11).”

At this point, it’s clear that Nephi doesn’t really understand what tree means. To help clear things up, the Spirit shows him the Virgin Mary and Jesus Christ.

Most of us have read over this a million times and never thought much of it, besides maybe wondering why the Spirit shows Nephi the tree and a seemingly random vision of Mary. However, after this, Nephi is able to connect the dots. When the Spirit asks him for if he understands the meaning of the tree, Nephi says:

“Yea, it is the love of God, which sheddeth itself abroad in the hearts of the children of men; wherefore it is the most desirable above all things.”

To us, there doesn’t seem to be a connection between these things, but once you know that the symbol of Asherah (the mother goddess) was a tree, then you can better understand the connection the Spirit is trying to help Nephi make. In a Deseret News article, LDS scholar Michael R Ash points out that:

“In Nephi and Lehi’s day, however, the connection would have been obvious, and obviously colored by their cultural background. Mary was a perfect mortal typification of Asherah — she was a virgin, fair (“white”), and the mother of the most joyous thing in the world. While Mary is not Asherah, it’s easy to see how Nephi’s culture would have prepared him to understand such an interpretation.”

Alyson Skabelund Von Feld elaborates on Nephi’s answer in her paper Does God Have a Wife, which was published by the Neal A. Maxwell Institute for Religious Scholarship.

“This phrase [the love of God] is usually understood to mean that partakers will be filled with loving feelings from God or like God’s. But the ‘love of God’ could also mean not merely a possession of God’s — the loving feelings that he directs or bestows — but rather the object of God’s love — the person whom he loves.”

Applying a Scholarly Understanding of Heavenly Mother to Our Own Study

Now, lest you think I’m trying to lead you down a road of idol worship that the Jews worked so hard get rid of, I’ll end by saying that no Church authority has come forward on the topic of Asherah — but President Nelson is full of surprises so you never know. Barney, however, doesn’t think this necessary discredits the idea.

“Faithful LDS scholars have a strong motivation to take the recent non-LDS scholarship regarding Asherah as the Hebrew Goddess very seriously. If they have any interest in propping up the contemporary Mormon image of Elohim as a father deity and Jehovah as a separate son deity (and they do), then they must recognize that Asherah is an integral part of that scholarship. And given that the existence of such a Mother in Heaven figure was apparently taught by the Prophet Joseph, it is certainly in the interest of apologetically oriented LDS scholars like me to take this scholarship and Asherah herself with the utmost seriousness.”

If you’re interested in looking for more possible references to Heavenly Mother in the scriptures, look for representations of trees or the word “grove,” which was usually the English translation of word Asherah.

You can also find more in-depth information about Asherah in Daniel C. Peterson’s article Nephi and his Asherah, which was published by the Neal A. Maxwell Institute for Religious Scholarship.