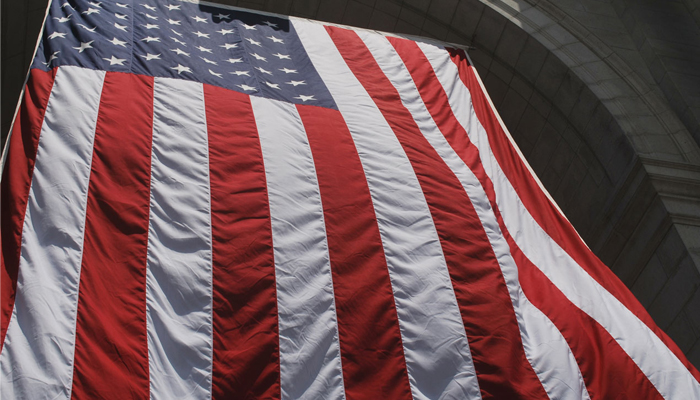 By George B. Young

In the first half of the 19th Century the Lord revealed through the Prophet Joseph Smith Section 133 of the Doctrine and Covenants.  This remarkable revelation concerns the work of this dispensation with its taking of the Gospel to the inhabitants of the earth and the gathering of Israel to Zion.  It also talks about the protections provided those who heed the word of the Lord in the troubling times to come. These counsels have been made stunningly relevant with the passage of time.

It is God’s warning — a startling, irrefutable warning.  But just as significantly, it is a clear, urgent invitation from the Savior to His people on the Earth in this generation, whom He loves.  In the early verses of the revelation we are told two times, “Go ye out from Babylon.” Then in addition, “. . .flee unto Zion”  . . .”unto the mountains of the Lord’s House.”  “Go ye out from among the nations, even from Babylon, from the midst of wickedness, which is spiritual Babylon” (Doctrine and Covenants 133:5,7,12-14).

Ever since it was received, modern prophets have taught the section’s finer meaning, helping us understand the full significance of the warnings from God, so we can implement actions which will maximize the full intent of the prophecies.  These actions include the ever-expanding missionary program, the use of technology to enhance family history, and the building of temples. These actions protect us from the dire calamities which will come to those who reject the word of God.  Yet, just as people have been prone to do from the beginning of history, these admonitions are frequently ignored or carelessly put in abeyance.

A number of years ago I had an experience which taught me a lesson regarding the heeding of timely warnings.  The memory of it stays with me to this day.

I was in a combat zone with my US Army unit in Saudi Arabia during the First Gulf War. Our Iraqi enemies were firing SCUD missiles at us.  These missiles were armed with explosive or chemical and biological warheads.

We had an excellent defense system in place.  Our combat aircraft were destroying launch sites inside the Iraqi border as a deterrent, and our Patriot Missile Air Defense systems were tracking and destroying the SCUDs mid-air.  Nevertheless, every time our detection systems indicated a launch was imminent, sirens alerted us and we left whatever tasks we were attending to — or our bunks at night — and rushed to the underground bunkers constructed for our protection.  Inside we all hurried to put on the protective clothing (MOPP Gear) each soldier kept at arm’s reach, 24/7.

Complete with a charcoal filter lining, the over-garments were heavy and awkward.  Rubber gloves, over-boots and a protective mask with hood made the wearing of the gear extremely uncomfortable in the 120 degree temperatures of the Arabian Desert.  The soldiers detested the gear and complained bitterly every time the warning system sent us scrambling — which could be as often as two or three times in a 24 hour period.

As the months of the war dragged on, the shrill-sounding alarm seemed less urgent.  We began to feel our SCUD defense system was fool proof.  Soldiers would saunter to the bunker, pull the face mask half-way into position and ignore the remainder of the equipment.  Eventually, some soldiers would disregard the warning sirens all together, staying at their work stations or pulling pillows over their heads to sleep through the shrill sound.

Then one day, a SCUD missile breached our defenses and hit an army barracks a few miles from our compound in Dhahran, killing twenty-eight soldiers.  Immediately, attitudes and behaviors changed.  Strict observance of every safety guideline became the norm once again and remained so until the war’s end.  The discomfort and inconvenience was a small price to pay for the safety these precautions offered.

How much more critical are early warnings we receive from the Lord?  They guarantee protection for the soul, as well as providing for temporal security.

Unfortunately, to some they may seem restrictive, inconvenient and unnecessary.  But that is only because we continue to abide in spiritual Babylon, causing us to “saunter to the bunker,” to “half-don the protective gear.”  Even ignoring the fact that right next door — or even in our own families — Satan’s missiles have struck, leaving lives in ruin and families in grave distress.

Even in all its modern, scientific sophistication, the world’s defenses will not protect against Satan’s destructive missiles.  These defenses can be breached in an instant, because they are employed in Babylon; thus explaining the Lord’s warning to us to “go ye out from Babylon.”  We might each concern ourselves with just what our spiritual Babylons amount to.

As we consider the sacred covenants we’ve made with the Lord, anything which distracts us and draws us away from what we’ve covenanted to do needs to be gotten away from. We have been warned; and, we will experience the results of our decisions to either heed or ignore the warnings.

Returning to a much later verse in Section 133, the Lord laments as He says, “Behold, and lo, there are none to deliver you; for ye obeyed not my voice when I called you out of the heavens; ye believed not my servants, and when they were sent unto you ye received them not” (Doctrine and Covenants 133:71).

Twice annually through the messages of General Conference, and monthly messages from the First Presidency Message, we receive enlightenment and encouragement from the Lord’s living oracles.  They are inspired messages which will truly protect us, if we will be protected.

On a rare occasion during his troubled ministry, the prophet Mormon gathered the believers in the synagogue to provide warnings that would protect and save them.  Beautifully, he spoke of those “peaceable” followers of Christ, and those who take a “peaceable” walk with the children of men.

What is the full extent here of the adjective “peaceable”?  In the first instance, it must mean those who do not agitate over points of doctrine, but accept humbly and submit willingly to the Savior’s admonitions.  The second instance implies those who do not judge their fellow-beings, but in all things esteem them as themselves. In its full definition peaceable means “quietly behaved.”

What a lovely condition to have arrived at — to be in complete harmony with the Spirit, so that every word spoken and written by those who preside over us will resonate within us.

We have the opportunity to feel a large measure of this symmetry each Sunday when we worship together in our wards and branches, particularly as we partake of the Sacrament.  I recently saw an example of great harmony in our ward’s Sacrament Meeting.  A sister offered a beautiful selection of sacred music on the cello, accompanied on the piano by the ward organist.  My wife and I were seated close enough to the front to observe the unity which existed between the musicians and their instruments.  It was as wonderful to observe as it was beautiful to listen to.

The slightest touching of the strings while gently turning the ebony tuning pegs with the finger tips had that lovely cello ready for use.  The cellist knew her instrument; the pianist knew hers equally as well.  They both trusted and appreciated the unique construction and capabilities of each, and as they moved through the sacred music, they perfectly complemented each other.  Years — possibly even decades — of the companionship of these women with their instruments, fulfilling each one’s role as the musical score called for produced the sounds which touched our hearts that morning and drew us closer to God.

When we heed heavenly warnings, we put our mortal instrument in tune, insuring safe passage out from spiritual Babylon. And thus we become peaceable followers of Christ, quietly behaved towards all persons. We can set aside fear, and attain rest. 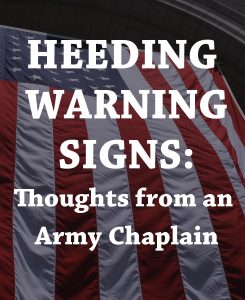