Hasten Mission Field The Fascinating Folklore of the Latter-day Saints 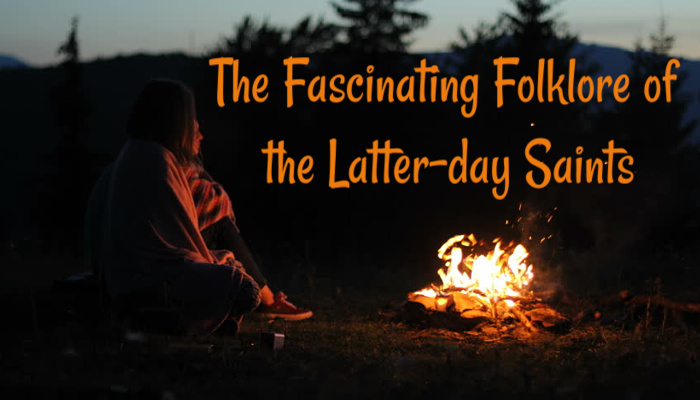 Most people have the misconception that just because something is called folklore it must not be true. But folklore can be either true or fabricated. Folklore is the passing down of things—such as stories, songs, works of art, or customs—from person to person. Every social group has their share of folklore, and just because something is folklore doesn’t mean it’s not true. In fact, there are several examples of folklore stories that are not only true but have also happened many times.

The folklore that a group produces generally tells us a lot about the group. Most groups produce folklore that is extremely meaningful: it often taps into the group’s deepest beliefs. Members of The Church of Jesus Christ of Latter-day Saints (sometimes mistakenly nicknamed Mormons) have produced a range of fascinating folklore. Here are just a few examples: 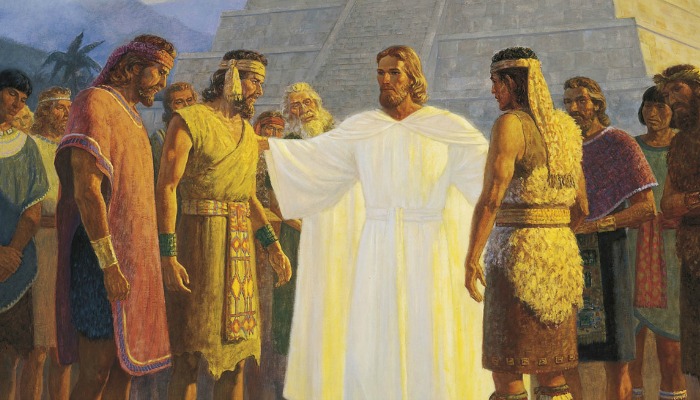 One of the most iconic sources of Latter-day Saint urban legends is the Three Nephites. When Christ visited the Americas in The Book of Mormon, He ordained twelve apostles. Before He ascended to heaven, He asked these apostles what they desired of Him (See 3 Nephi 28). Three of them desired immortality so that they could continue bringing souls unto Christ “while the world shall stand” (3 Nephi 28:9). So, many Latter-day Saints believe that the Three Nephites remain on the earth to this day, doing good and helping the work of the Lord progress.

It is believed by many Latter-day Saints that the Three Nephites were involved in plowing David Whitmer’s farm so that he could assist the prophet, Joseph Smith. But there are other stories told by the Saints that involve personal ministering by usually one of the Three Nephites. Here is an example of a Three Nephite Story that can be found on page 36 of The Vanishing Hitchhiker by Jan Harold Brunvand:

A Relief Society sister of our ward in Ogden, Utah, said she attended a testimony meeting in another ward of our stake. A women bearing her testimony there told this story.

She was traveling to attend the Temple sessions with a friend of hers one Saturday morning. As she entered Ogden Canyon, she saw an older man hitchiking along the side of the road. She normally did not make it a practice to pick up strangers, but he looked tired and he had a “kind face” so she slowed to a stop and inquired if he would like to ride with them. He consented gratefully and they continued their journey.

After they had talked for a few minutes, he asked where the two ladies were going. When they told him they were going to the Temple he began to talk of the Welfare Program. He told them that there would come in the not too distant future a time of great need. He told them to store staple foods and clothes for at least a period of two years. He said that none would be exempt from this period of famine and that all should make preparations for the pestilence.

The woman who was driving was amazed at his talk and she turned toward him to ask him if he were also a member of the Church. He had disappeared; He was not sitting on the seat beside her as he had been only a minute previous. The ladies both looked back upon the road and to the sides of them, but no one was to be seen. They said the man had been short in stature with blue eyes and grey mustache and beard. He had been dressed in an old black coat with tails, similar to those worn at the time of the organization of the Church in the eighteen hundreds.

Girl’s camp is perhaps best known for the unique songs the young women sing in them. These songs have not only been modified and passed down from generation to generation, but they have also spread from region to region.

Among the most famous girls camp songs are the following: 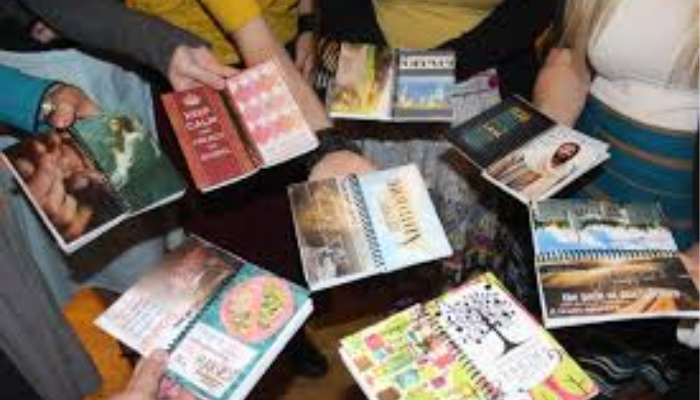 Those who have served missions know that there is no other experience like it. So, missionaries are bound to create their share of unique folklore. Missionaries even have their own mission terminology, some of which vary from region to region. The following are more general mission slang:

Missionaries also practice other folklore, such as burning shirts and ties to mark landmarks for elders, taking “pregnant pictures” for sisters halfway (nine months) into their missions, and decorating missionary planner covers (pictured above).

There are also many urban legends passed down in missionary lore. These urban legends can be funny or scary. They often deal with the pressures of living the strict missionary lifestyle and consequences for breaking mission rules. For example, in On Being Human: The Folklore of Mormon Missionaries, William A. Wilson gives the following story:

Two missionaries were stationed in Zambia (formerly Northern Rhodesia) and were doing their normal missionary work. After a while they decided to split and take off into the Congo. Their chapel was only forty miles from the Congo, and Leopoldville, where all the revolutionary excitement was going on, was not much further away.

So they devised a plan—to make out their weekly reports to mission headquarters two weeks in advance and give them to their landlady, who in turn would send one in each week at an appointed time. By this means, the missionaries would have two free weeks to venture into the silds of the Congo.

During my mission, I heard a similar version of this story, except the two missionaries were exceptionally wealthy and decided to fly from Brazil to Argentina for a weekend. They actually made the trip to Argentina but found that their visas were not in order. They could not board the plane to return to their mission, so they were forced to call up the mission president and tell him everything. 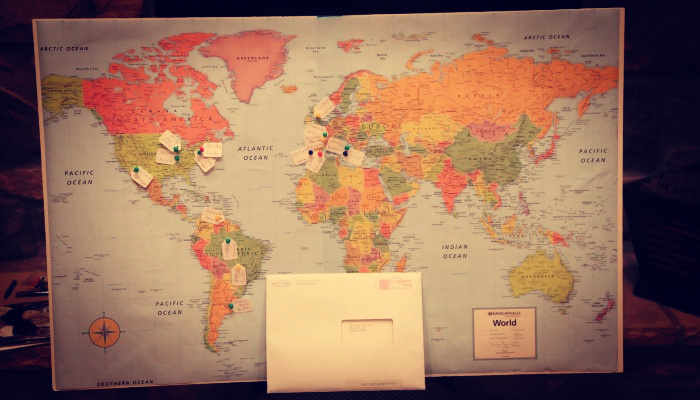 Receiving a mission call can be a very unnerving and exciting experience. Just think, the fate of the next eighteen months or two years rests in the contents of that letter. So, naturally, Latter-day Saints have many different practices surrounding the opening and announcing of a mission call.

Many Latter-day Saints, for example, like to throw letter-opening parties. Sometimes these consist of only close family members and sometimes the whole community is invited. At these parties, people often guess where the missionary will be called to serve and what language he/she will speak. Sometimes this includes a map of the world with the guesser’s name pinned to a place (pictured above). We’ll have to see if any new customs arise at the Church’s announcement that mission assignments will be sent digitally.

Stories of Spirits Helping the Living 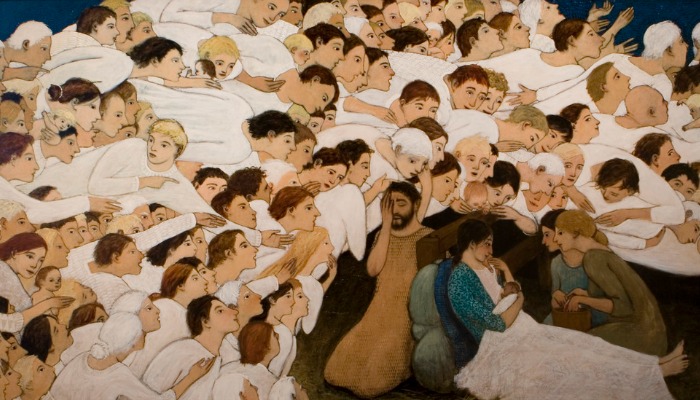 I think these stories are among the most beautiful in Latter-day Saint lore. These stories are also usually extremely personal. And, once again, just because these stories are folklore, doesn’t mean they’re not true. Once in a while, you may hear a story of an ancestor or a spirit yet to be born visiting the living (often in dreams) to help in some way (often giving advice).

An ancestor, for example, might visit a living descendent in a dream to tell him/her where to look so that the ancestor’s temple work can be done. But my favorite stories about visiting spirits have to do with unborn children telling their parents to have one more baby. These stories often go something like this (please note, I made up this story to show its archetype; it is not a real narrative):

My husband and I previously decided that we would only have four children. But after we had our fourth child, something inside me felt empty, like something was missing. I didn’t quite know what it was until, one night, I had a dream. In the dream, I saw a young man. I remember that he had red hair and blue eyes. He said that his name was Benjamin, that he was our son, and that he was waiting in the Pre-mortal world. He asked me if I would help him come into the world. When I woke up, I talked about having another baby with my husband. After talking with him, I found out he had had the same dream.

These visitations often happen after the parents decide they’re done having children, and the unborn child’s purpose is to convince the parents to allow him/her to come into the world. It makes sense these stories would make it into Latter-day Saint folklore because pre-mortality is one of the core beliefs of The Church of Jesus Christ of Latter-day Saints. But interestingly, these types of stories are not entirely limited to Latter-day Saints. Many from different backgrounds and faiths claim pre-birth communication with an unborn child. Click here to read more about it.