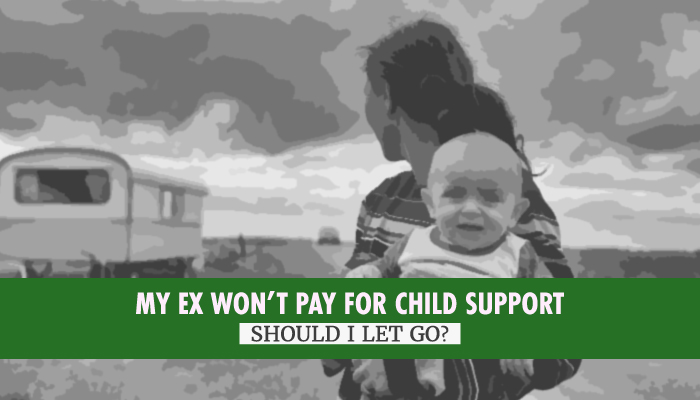 This column is not meant to replace personal revelation, priesthood guidance, personal choice, or intensive counseling. It is one licensed therapist’s attempt to help by merging doctrine with family studies. All opinions are my own.

Q: My kids’ father pays little of what he’s supposed to in child support and alimony now, but went many years without paying a cent and made my life incredibly difficult, as I depended on that support. I’m now in a position that I don’t “need” it. I’m able to pay my bills on my own, although it’s still a struggle because I’m catching up from when I got nothing.

I feel bad taking him to court to get the tens of thousands of dollars he owes in back support. I feel unforgiving and spiteful when I think about holding him accountable. I know that’s how he would take it. But honestly, the burden is almost entirely on my second husband and I. The small amount my first husband pays is a pittance compared to what it costs to sustain the children’s lives. Should I just let it go?

A: There is nothing un-Christlike about holding your former spouse accountable. The Apostle Paul taught “if any provide not for his own, and especially not for his own house, he is worse than an infidel.” (1 Timothy 5:8) Fulfilling of parental responsibilities, including providing for the temporal needs of children, is an eternal principle.

President Gordon B. Hinckley spoke in even plainer terms: “They have left their children fatherless. They have avoided with every kind of artifice the payment of court-mandated alimony and child support. Do I sound harsh and negative? Yes, I feel that way as I deal with case after case and have done so over a period of time…

“Now I recognize that there may be some few cases where conditions of the marriage are totally intolerable. But these cases are in the minority. And even in these cases, where a marriage has been undertaken and children are brought into the world, there is a responsibility, binding and with accountability before God, to provide care for those for whose lives the father is responsible.” (Our Solemn Responsibilities, October 1991 General Conference).

If your former spouse does not practice our faith (and therefore will not yield to Gospel-based reasoning), you have the law of the land on your side, and that law is there for a reason. This has nothing to do with forgiveness or vindictiveness; if it does, check your motivations. This should be about accountability and not enabling him as he avoids his responsibilities to his children. You can forgive him while still holding him accountable. You can let go of bitterness and anger. You can choose to not seek revenge. You can do all of this while expecting him to be a father to the children you have together. If it takes a court ruling to make that happen, so be it.

However, if you feel prompted to let it go as you approach God in prayer, absolutely do so. There may be perfectly valid reasons to let it go. For example, Jesus preached about forgiving debtors who are unable to pay their debts (see Luke 7:40-43). If you receive no specific guidance from the Lord, it may be because He wants you to make your own decision which, if done with righteous motives, will be approved of Him whatever you decide (see D&C 58:26-28). In short, it is not morally wrong to seek back support in a court of law; it may be very right in fact, but then so might be other choices. I hope this helps. 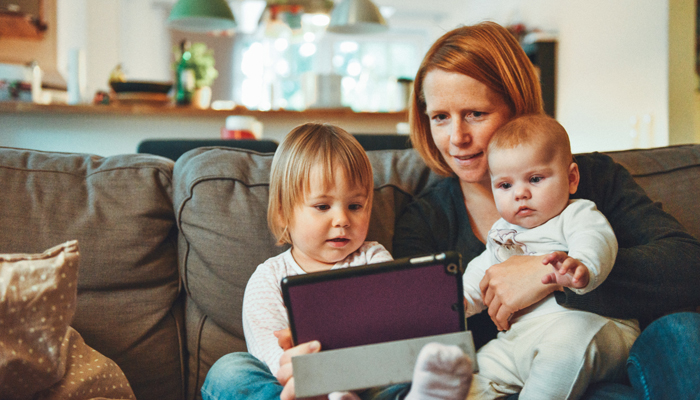 I can relate to how you feel. My former husband has never been consistent with child support. I think it is important for a person to be held accountable for their obligations. You can forgive a person and still hold them accountable. Ultimately they have their agency. I would personally, prayerfully decide how to handle it.

Recognize what emotions are tied to the child support or lack thereof. Decide what would help you to work through those emotions in a healthy way. After you don’t have those triggering emotions tied to it, do what you feel is best to hold him accountable. Regardless of the outcome or how he responds, you can be at peace with yourself and the situation because you’ll have acted in integrity.

For my situation it looked like this: I recognized going into the divorce that he most likely would never be consistent with financial support. Because of his personal issues with money he always spent more than he made and he always had a crisis. I was also in the less-common position of having the financial ability to provide for myself and my son. I never depended on the support, though life would have been easier if he had given it. With that perspective, his inconsistent behavior wasn’t such a blow.

That was my personal process of working through the emotions tied to it. Every few months we have a conversation about finances. I update the Google spreadsheet (of what he owes and what he has paid) and send it to him. That is his accountability. From a legal perspective, I have set a precedent that I expect him to pay what he agreed to. Will he ever pay what is owed? I don’t know. Like you said, even if he did it’s a small amount of what raising a child actually costs.

For the first time in years he is consistently working on it, but at this rate, it will also take him years to get caught up. In the state of Utah, I can automatically have it taken out of his paychecks, though I haven’t felt that was the best way to handle it. That said, I fully support people who feel that is the best solution for them. Hence the prayerful consideration of what is best for your situation.

It isn’t unforgiving or spiteful to hold a person accountable to fulfill their financial obligations, especially to their children. You can have accountability with respect and integrity. God holds us accountable, with love, even though (if we’re in the wrong) it often times doesn’t feel like love, but rather discomfort for the consequences of our actions.

To ask Jonathan a question anonymously click here. Note in your message whether or not you’d like to be featured in the “Ask a Mormon Therapist” column. No private details will be included. To ask him a question publicly, or to follow his Gospel-centered posts, join his Facebook group. You can meet Jonathan at this year’s BYU Education Week, where he’ll be presenting on “Stepfamilies and Adoptive Families in the Gospel” from August 22 to August 25. Jonathan is a licensed marriage and family therapist and CEO of Your Family Expert.