Filmaker J. Christian Jensen, a graduate of Brigham Young University, is headed to the Academy Awards on February 22 for his Oscar-nominated documentary “White Earth.”

The documentary “White Earth” tells the story of the mass migration to the oil fields in North Dakota. The film is seen through the eyes of three children whose family members work in the oil fields. “White Earth” was Jensen’s graduate thesis film at Stanford University. Jensen’s mentor, Stanford professor Jamie Meltzer, sees the documentary as a new and unique perspective on this social issue.

“The film doesn’t make judgements that the viewer has to accept about oil or gas development in North Dakota,” Meltzer told The Universe. “But it rather leads the viewer to really think about this larger political and social issue from a fresh and unusual perspective.”

Jensen tells the story from the perspective of children because of their pure and unbiased viewpoint.

“Children are always watching, they’re always listening, but they’re often forgotten and sort of on the sidelines, especially when it comes to major economic decisions and things of that nature,” Jensen said. “Children have a way of speaking truth that is less sugar-coated than adults.”

Jensen expressed a love for his LDS faith which influences his creative decisions. He also mentioned that there are LDS faith themes deeply embedded into all of his creative works. 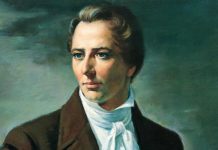