Entertainment Arts & Culture How Polynesian Dancing Can Connect You to God 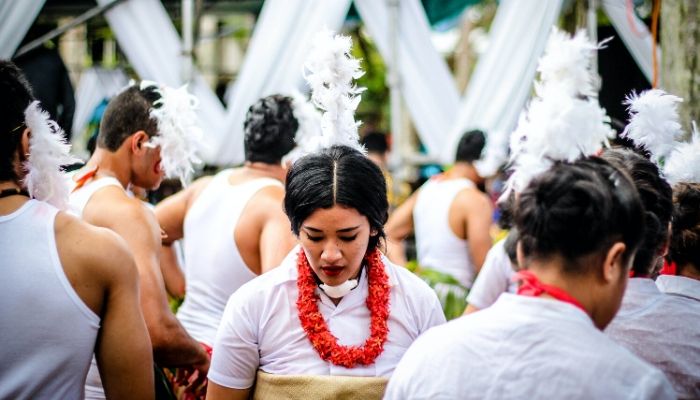 From an outside perspective, all types of Polynesian dancing look the same, and they are often performed at hotels, parties, or other events. But the true meaning behind the artform is deeply spiritual and meaningful.

The Hawaiian hula (originally called ha’a), the Maori haka, and the Samoan fa’a are all Polynesian dancing artforms that have deep roots within each culture respectively.

The hula is an ancient art form that is used to tell stories. These stories are often about love, life, and storytelling, but they often have a spiritual meaning as well. There is a sacredness in the posture and dignity that a hula dancer carries.

After studying the sacred history of the Hula, I feel that when I dance I can do it as a prayer to my Heavenly Father. I think that this knowledge makes it more meaningful. We can sing praise to Him in our prayers, songs, and dances.

The art form was originally used as a weapon of war, but it is now a dance implement. It is two ropes with baseball-sized balls on the ends. The ropes are short and long and more advanced dancers can dance with the balls on fire. It takes a great level of skill and emotion to perform properly.

Poi is scientifically proven to improve your health both mentally and physically. Compared to Tai Chi in its effectiveness, Poi, just like every other type of Polynesian dance, has been passed down for generations. Learning these dances and techniques is like learning a part of genealogy and history.

The haka was originally used in preparation for war to intimidate your opponent. Today it is performed by family members for birthdays, weddings, and other special events. The haka uses the entire body and can become very emotional.

It has become a deeply emotional and personal way to share family culture and deepen family bonds.

How have you used your culture to connect with God? Share in the comments.