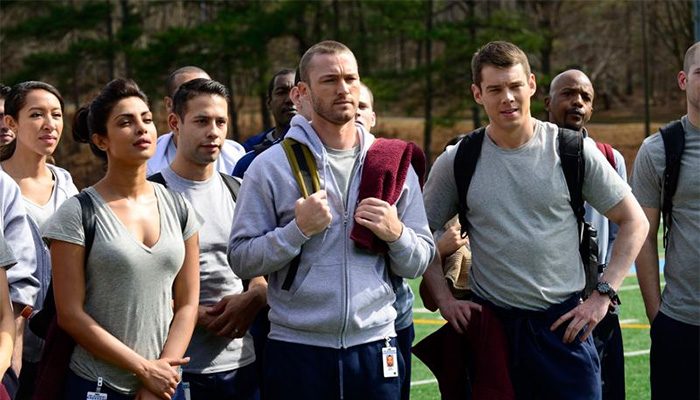 This fall, ABC will premiere a new drama “Quantico.” One of the characters in Quantico is Eric Parker, the character’s backstory is that he is a returned missionary. In the pilot episode sent to critics, Parker is shown wearing only his temple garments.

According to the Salt Lake Tribune, Eric Packer’s character should have been excommunicated for several things he did as a missionary. They describe the character as a religious hypocrite.

But most troubling to many Latter-day Saints will be the depiction of the temple garments.

Not all Latter-day Saints will be upset. Some will certainly feel that the Church’s magnanimous response to The Book of Mormon musical set a useful standard for “turning the other cheek” on issues of this sort.

Others may feel that because ABC is within their first amendment rights to show the program, there is no use complaining. And Latter-day Saints are entitled to that full range of feelings and political beliefs. But many, like me, will feel upset and violated.

The temple is the pinnacle of LDS worship, and is held in extremely sacred regard. As the Church’s recent video about the temple garment explained, “For the participants [religious clothing] can stir the deepest feelings of the soul.” Showing the garments publicly is offensive to Latter-day Saints.

There is good reason to believe that if ABC understood what a violation depictions of temple garments were, they would strive to be a good neighbor and portray the character in a different way.

In fact, many scenes from the pilot will need to be shot again due to a casting change. So there is time to let ABC know how you feel about this program. Here are two ways you can let them know:

1) Give ABC feedback directly about how you feel. The form goes to the national office of ABC, and can help them make decisions about how to edit the show before it is aired this fall.

2) Give feedback to your local ABC affiliate. When you watch TV, you are watching a broadcast from a local station. Most large cities have a local ABC broadcaster that makes its own individual broadcast decisions. Usually, they follow the national programming, but they can make changes for local areas.

This tool will help you find your local affiliate and give you their phone number, mailing address, and e-mail, so you can contact them directly and ask them to not air the program.

Because ABC uses public airwaves, they cannot legally show things that are obscene or indecent. The FCC is given authority to ensure those who use those airwaves comply with the law.

Which gives Latter-day Saints who wish to complain a third option.

3) Inform the FCC directly about why you believe showing garments is indecent or obscene. For a little background information on what these terms mean legally so you can focus your complain most effectively, the FCC’s website explains the basic legal requirements.

How do you feel about ABC showing the temple garment? How are you going to respond?