BYUtv’s original sketch comedy show “Studio C” is getting big on Facebook. Today the show’s page got its 100,000th like. The show made a big push to hit this milestone and even promised viewers that if the goal was met this week, fans would get to choose a fun and embarrassing task for cast members to complete on camera.

As soon as they reached their goal, “Studio C” posted this to their Facebook page:

We did it! A HUGE thank you to our awesome fans who have supported us through all four seasons — and also to new fans who are just now joining the #studioC partayyy.

We promised we would let you choose a funny, embarrassing task for the cast if we reached 100,000 likes this week. So here are the options (COMMENT below to vote; we’ll film it soon):

1. Cast members get pies to the face — in slow motion
2. Cast members eat really hot peppers
3. Stacey pranks/scares other cast members when they’re not expecting it 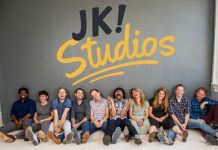 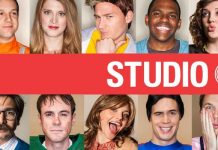