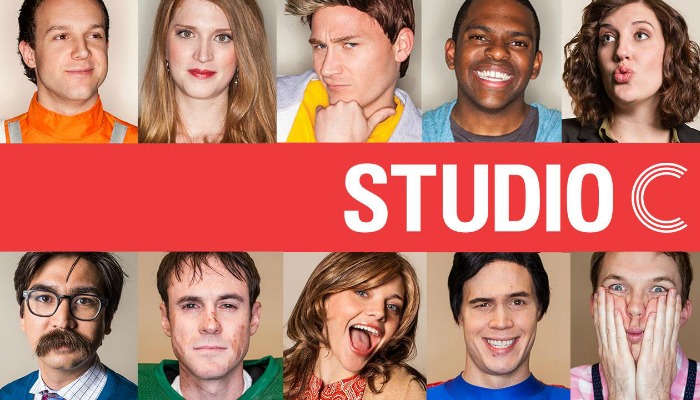 Yeah, you read that correctly. All 10 original cast members from the hit BYUtv sketch comedy show Studio C are on their way out—together. The group is undertaking a new comedy project, which we know nothing about. Grrr.

But don’t freak out! Studio C isn’t canceled. It’s still going to be a thing. They’re just looking for new cast members and writers. I’m just going to quit blabbering and let you watch the announcement for yourself. This is what we know:

In this announcement, Matt Meese (the guy on the right that I one time offered a ride to, which, if he’d have accepted, would have been embarrassing because I didn’t have my car with me. I panicked.) talks about an event in New York City.

We don’t know. Apparently Meese told the Deseret News that “It’ll be family-friendly, comedic, everything (audiences have) come to love about us. It’s just gonna be in a different vein, I guess you could say. We’re looking forward to doing a lot of things, and I think the fans are really going to love it.”

So that’ll be fun to see unfold.

Know anybody you think would be a good fit? Here’s a link to the application page. Studio C recently added three new cast members to their team: Dalton Johnson, Aaron Fielding, and Tori Pence. As far as we know, they’re still going to be part of the cast. I guess that makes them the new veterans.

To the entire original cast: We’ll miss you.

To the newbies coming in the future: Good luck. You’ve got big shoes to fill.

Video: How a One-Handed Surgery by Russell M. Nelson Saved This Woman’s Life