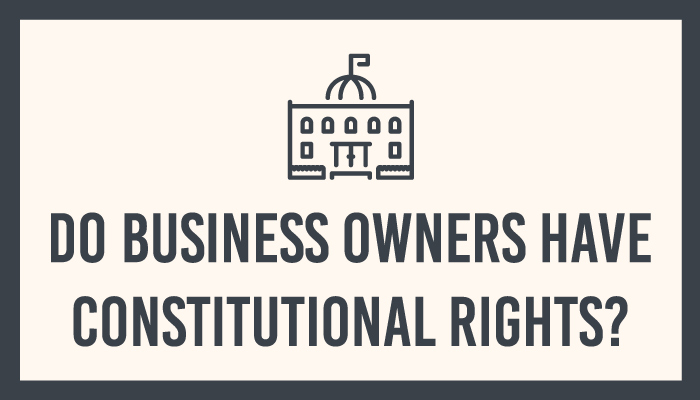 The owner, Jack Phillips, took the case, Masterpiece Cakeshop, Ltd v. Colorado Civil Rights Commission, to the Supreme Court. He believes he does not lose his constitutional free speech rights simply because he opened up a business.

This article is part four in a five-part series examining the many different questions the case presents. This article asks when business owners can legally discriminate.

This article looks at four questions:

“If You Open a Business You Can’t Discriminate Against People”

In the United States, you can discriminate by default for most reasons. If the word “discriminate”  sets off your alarm bells replace it with distinguish, differentiate, or single out, synonyms that should help you understand the concept without the baggage.

The baggage, of course, is that historically, people have discriminated for reasons based on no more than their prejudice. So in 1964, the United States passed the Civil Rights act that said businesses could continue to discriminate for every reason, except the following:

In 2008, Colorado passed their own non-discrimination law that added the following reasons:

These are called “class-based” reasons, and Phillips and any other business owner could have legally turned down the same-sex wedding cake for any other reason besides those nine.

Are Same-Sex Weddings One of Those Illegal Reasons?

In this case we know the reason Phillips discriminated. He did not want to celebrate a same-sex marriage. Is that the same as discriminating against LGBT+ individuals?

If the Supreme Court answers no, then Phillips wins the case, no other questions asked.

So how can you legally decide if something counts as class-based discrimination?

Jayne Bray protested at abortion clinics. One clinic sued her. They alleged that because Bray’s protests targeted women it violated a federal non-discrimination ordinance. The Supreme Court created a process to determine if discrimination should count as “class-based:”

In the Bray case, the Court found that while protesting abortions did overwhelmingly target women, “it cannot be denied that there are common and respectable reasons for opposing it, other than hatred,” so Bray won the case.

Like abortion, same-sex weddings are overwhelmingly engaged in by a protected-class, but are also very politically and morally controversial.

Let’s use this same test on the Phillips case.

The evidence suggests there must be some reason Phillips declines all these cakes. Religious belief perhaps?

Of course, many people will say that religion is only a smoke screen. That the only honest reason for not baking for a same-sex wedding is hatred. The Supreme Court, however, has already disagreed.

They wrote, “Many who deem same-sex marriage to be wrong reach that conclusion based on decent and honorable premises,” nearly mirroring the language of the Bray ruling.

Justice Kennedy who many see as the swing vote on this case wrote those words, and signed onto the majority opinion in the Bray case.

Does the Bill of Rights Protect Business Owners? 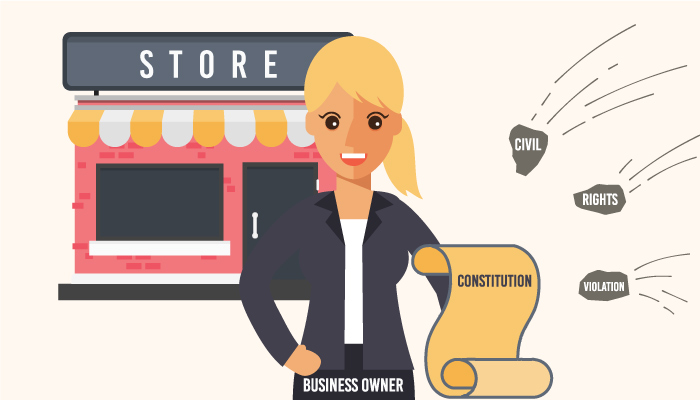 In the previous two articles, we looked at the argument that Colorado’s law violated Phillips’ right to free speech and his right to free-exercise of religion.

Many dismiss those entire articles because they believe that Masterpiece Cakeshop does not have constitutional rights because it is a business and not a person.

Let’s tackle these one at a time.

“Everyone has the Constitutional Right to Not Be Discriminated Against.”

There is no constitutional right to be free from discrimination from an individual, business, or organization.

If businesses can’t try to do “the right thing” all they have left is trying to make as much money as they possibly can no matter who they hurt along the way.

Do Constitutional Rights Apply to Businesses?

Tim Cook, the CEO of Apple recently said it well, “A company is not some faceless, shapeless thing. A company is a collection of human beings. . . . A company like ours has a culture, it has values, and it has a voice. And the positions we take will continue to guide our actions.”

Sometimes the answer is no, such as the case of a law-firm trying to exclude a woman. But sometimes the answer is yes, such as the case of an LGBT+ leader suing to be included by Boy Scouts. In that case, even though Boy Scouts is not a public accommodation, the Supreme Court found even if they were, the requirement to have an LGBT+ leader would have interfered with their constitutional rights.

The common thread in each of these cases is that public accommodations can be exempt from non-discrimination laws if they can prove it violates their constitutional rights. This is not odd, it is the same standard that applies to all organizations and all laws in the United States.

In other words, the Supreme Court has been clear and consistent. You do not sign away your constitutional rights by opening up a business to the public.

Does the Size of Phillips’ Cakeshop Matter?

When the United States passed the Civil Rights Act of 1964, the law only impacted businesses with fifteen or more employees.

This had the effect of preventing cases like this one. Anyone could find a large enough public accommodation nearby to serve them, but no single individual would have to violate their conscience just because they opened up a business.

Colorado’s non-discrimination ordinance, however, did not include a protective size limit.

The Supreme Court has never answered whether or not the size of a business affects the rights of its owner. But the court could reasonably conclude that in businesses as small as Phillips’, business rights and individual rights are interchangeable.

The Supreme Court created a template for this finding in the case Burwell v. Hobby Lobby,  when they found that corporations that are largely owned by one individual or family do qualify for some rights because their owners use those corporations to achieve constitutionally protected means, like promoting Christian beliefs.

The Supreme Court could also find that by not-including a minimum size, Colorado did not “narrowly tailor” the law as required by the strict scrutiny requirements.

An atheist baker believes that religion is the cause of the world’s problems. He specifically thinks Evangelical Christians are the source of many of the problems in the United States.

Should the government coerce him into helping to create more of the people he so loathes?

Tomorrow in our final article in the series, we’ll look at the potential ramifications of the case.