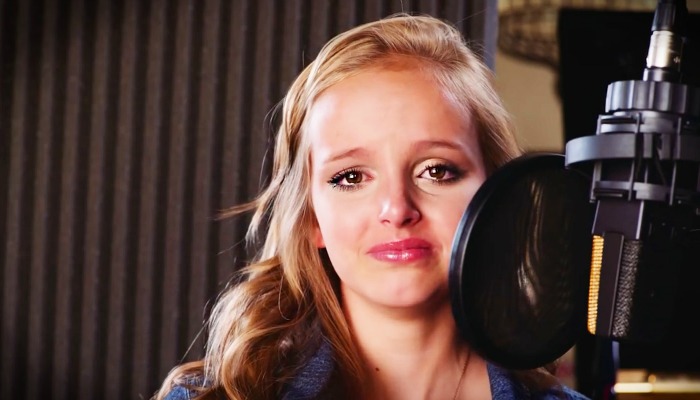 Evie Clair has been dazzling judges on America’s Got Talent and wowing millions watching the show. Meanwhile, at home, her father Amos is losing his battle with cancer with millions who now know of the family’s struggle praying for them.

Evie’s mother has a blog, familymann.org, with pages titled “Team Amos.” A post for July 27th gives an account of how the FBI and police intercepted a man who was in the process of driving from West Virginia to Arizona to kidnap Evie. He had seen Evie’s perfomances on TV.

While their home became a police operations center, the kids had their own guards.

As the day went on, we learned from investigators that the man’s plan was to come the hospital before going to our home. At that point hospital security got involved. all while Amos was trying desperately to keep food down so he could be strong enough to be discharged from the hospital. When they discharged him late this afternoon, he was escorted by four FBI units including a K-9.

Everything eventually turned out OK. The man was mentally ill and delusional. He had convinced himself that Evie and her mother were his friends and the only ones who could help him with his problems. Law enforcement agencies were able to guide the man to the help he needs. They intercepted the man in Flagstaff and admitted him to a mental facility there.

Read more at the blog.