The public policy and bloggernacle sections of the Internet have been abuzz since last Tuesday when a Senate Select Committee on Intelligence, headed by Senator Dianne Feinstein, released a recently declassified summary of a report for public consumption. The summary report and other documents mention two members of The Church of Jesus Christ of Latter-day Saints who appear to be at least complicit in and maybe enablers of the Bush Administration’s approval of torture of foreign operatives by the CIA. 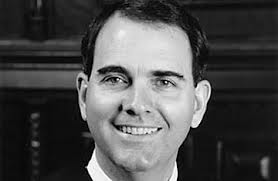 Jay Bybee, wrote two key memos that gave opinions on the range of the legal use of torture techniques in interrogation. His summary indicated that none of the interrogation methods the CIA planned to use would cause “severe pain,” as outlawed in U.S. statutes, thus making the techniques legal.

Also pointed out in the report is that James Bybee was given bad information upon which to base his legal opinions. Nate Carlisle of the Salt Lake Tribune  reports that,

Despite what was told to Bybee and the Justice Department, a CIA email on July 2, 2002, contradicted the information Bybee worked under, according to the Senate report.

Bybee has been attacked and defended  (see the comments in the Parshal article) depending on which article and comments to articles are read on various websites.

Dr. Bruce Jessen became an expert in enhanced interrogation techniques as a senior psychologist working for the Air Force. His Air Force role was to teach special forces on Survival, Evasion, Resistance, and Escape training at a special ‘SERE’ school. The CIA sought out Jessen for the express purpose of learning effective interrogation techniques. After several days in discussions with the CIA, Jessen resigned from the Air Force and with his colleague, Dr. James Mitchell, founded Mitchell, Jessen & Associates.

Mitchell, Jessen and Associates delivered to the CIA a list of 20 enhanced interrogation techniques which was whittled down to 10 and included, “attention grasp,” “walling,” “facial hold,” “facial slap (insult slap),” “cramped confinement,” “wall standing,” “stress positions,” “sleep deprivation,” “insects placed in a confinement box” and “waterboarding.” Of these, waterboarding has received the most attention.

According to an NBC report, CIA officials took comfort in knowing that the interrogation techniques, including waterboarding, which was used on 26,829 U.S. Air Force personnel between 1992 and 2001, had all been used on U.S. Military personnel and therefore, “couldn’t be considered torture.”

The firm received a $180 million dollar contract for their work. Upon the termination of their contract in 2009 they had been paid $80 million.

Further controversy around Jessen arose when he was called to be a Mormon Bishop in 2012. He resigned from his calling a week later. 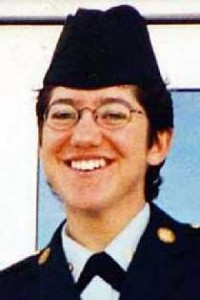 In the wake of the release of the Senate Committee document and the revelation of the involvement of two members of The Church of Jesus Christ of Latter-day Saints, Blogger Joanna Brooks posted about Alyssa Peterson, a 27 year-old, devout member of the Church and returned missionary in the Netherlands. Alyssa was found dead from a “non-hostile weapons discharge” in an apparent suicide. The official probe of her death would report that she had been “reprimanded” for showing “empathy” for the prisoners. Peterson grew up in Flagstaff Arizona, served a mission and later joined the Army as an Arabic language specialist.

Days after arriving at Tal Afar prison in Iraq, she was ordered to apply enhanced interrogation techniques which she found humanly abhorrent. A September 13, 2010 article in The Nation reports that, although records have been destroyed regarding the specifics of the interrogation techniques, she particularly objected to “the cage.” She is reported as saying, “that she did not know how to be two people; she… could not be one person in the cage and another outside the wire.”

Brooks praises Alyssa Peterson for her refusal to apply “enhanced interrogation techniques” on principle and hopes for a robust “internal” discussion about human rights in the Church.

The Senate Committee report has produced a firestorm outside of the LDS community. For example, in an opinion article, which also references Bybee, written for the New York Times, ACLU director, Anthony Romero, called on President Obama to pardon President Bush for his administration’s hand in allowing torture to occur. Romero is calling for pardons, “because it may be the only way to establish, once and for all, that torture is illegal.”

An opinion article written by former CIA directors for the Wall Street Journal has accused the study of political bias, has claimed that none of them were ever interviewed or consulted and said that, “The Senate Intelligence Committee’s report on Central Intelligence Agency detention and interrogation of terrorists, prepared only by the Democratic majority staff, is a missed opportunity to deliver a serious and balanced study of an important public policy question.”

The Church has issued two statements on the use of torture. In November of 2005 the Church, although not joining a coalition of religious leaders at the time issued it’s own statement in the Deseret News which reads that the church “condemns inhumane treatment of any person under any circumstances. The Church has not taken a position on any proposed legislative or administrative actions regarding torture.”

Yesterday in an International Business Times article, Church Spokesman, Eric Hawkins said, “To suggest that any action by any individual should be laid at the feet of the faith they proclaim to follow is insupportable.”

Church Teachings on War and Peace

Scriptures and Leaders of The Church of Jesus Christ of Latter-Day Saints have made statements regarding war in the past. The Book of Mormon outlines proper war justification. Section 98 of the Doctrine and Covenants calls on members to renounce war and proclaim peace. President Spencer W. Kimball in his address, The False Gods we Worship, said, 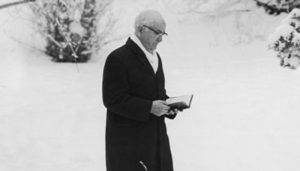 “We are a warlike people, easily distracted from our assignment of preparing for the coming of the Lord. When enemies rise up, we commit vast resources to the fabrication of gods of stone and steel—ships, planes, missiles, fortifications—and depend on them for protection and deliverance. When threatened, we become anti-enemy instead of pro-kingdom of God; we train a man in the art of war and call him a patriot, thus, in the manner of Satan’s counterfeit of true patriotism, perverting the Savior’s teaching: “Love your enemies, bless them that curse you, do good to them that hate you, and pray for them which despitefully use you, and persecute you; “That ye may be the children of your Father which is in heaven.” (Matt. 5:44–45.)