Faith Exorcism, Salt, and Honey: The Evolution of Baptism During the Great Apostasy 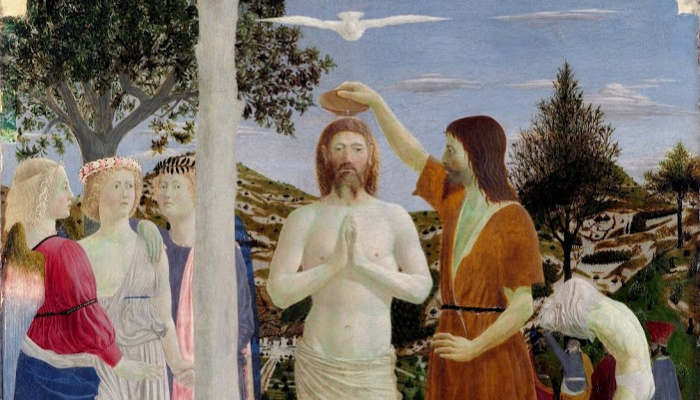 “I EXORCISE THEE, UNCLEAN SPIRIT, IN THE NAME OF THE FATHER AND OF THE SON, AND OF THE HOLY SPIRIT, THAT THOU GOEST OUT AND DEPART FROM THIS SERVANT OF GOD…”

It’s not something you’d normally expect at a baptism, but prayers of exorcism were just one of many changes that the ordinance of baptism underwent throughout the Great Apostasy. This article explores, somewhat chronologically, these changes. You’re probably familiar with some (infant baptism, baptism by sprinkling), but there’s much more to the story of how baptism has evolved over the centuries. James E. Talmage, in his book The Great Apostasy sheds some light on the changes we’ll look at in this article.

Baptisms to occur twice a year, after a long course of preparation 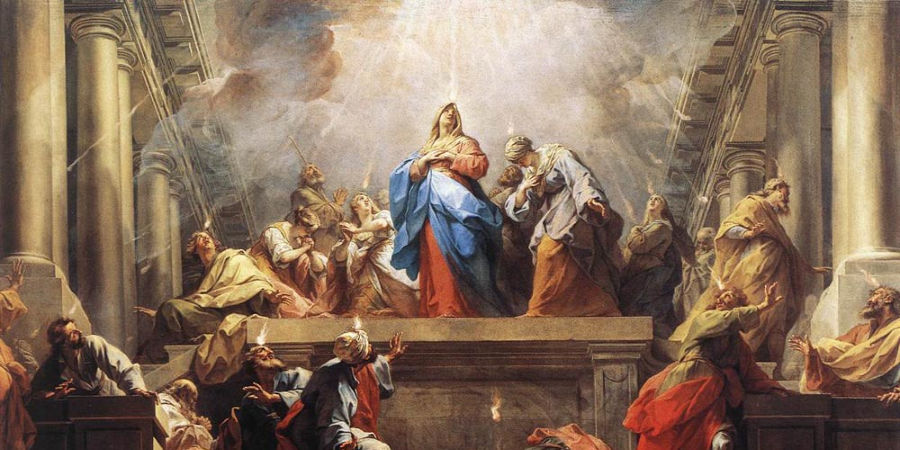 Baptisms throughout the New Testament are performed quite regularly. It was a fairly simple ordinance aimed at the remission of sin. It also served as symbolic of death and a new birth, or resurrection, in Christ. They were always performed by immersion, by someone holding authority to do so.

In the second century, however, priestly mandate had restricted the baptismal ordinance to the times of the two Church festivals, Easter and Whitsuntide [Pentacostal celebration]….

I see where the early church was coming from. Maybe baptism on a religious holiday made the ordinance more significant. And of course baptism is a serious commitment, and people need to be prepared for the covenants they’re going to make. So these alterations aren’t too weird. Quite inconvenient, but understandable. 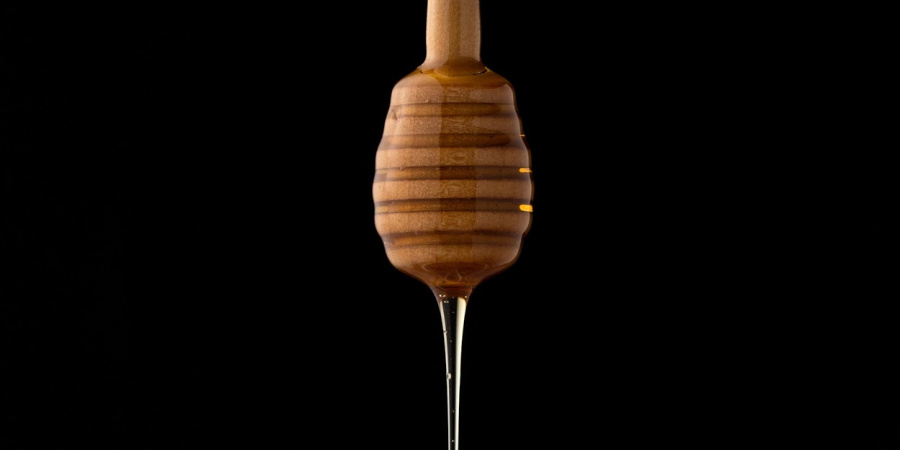 During the second century the baptismal symbolism of a new birth was emphasized by many additions to the ordinance; thus the newly baptized were treated as infants and were fed milk and honey in token of their immaturity.

Some say the practice didn’t begin until the third or fourth century, but the third Council of Carthage is clear that, regardless of the date, this practice was indeed added to the ordinance of baptism:

But the first-fruits, and honey and milk, which are offered on one most solemn day for the mystery of infants, though they be offered at the altar, shall have their own peculiar benediction, that they may be distinguished from the sacrament of the body and blood of the Lord.

Again, not too weird. The symbolism is reasonable, though the practice is clearly not evident in the scriptures.

According to the all-knowing Wikipedia:

The Oil of Catechumens is the oil used in some traditional Christian churches during baptism; it is believed to strengthen the one being baptized to turn away from evil, temptation and sin. The catechumen, the person prepared for baptism, is also anointed as a symbol of being the heir of the Kingdom of God, as kings and queens were anointed at coronations, and empowered for their Christian life as prophets were anointed for their ministry.

I’m not totally sure when this practice began, but it did begin and continues in some form today. The symbolism is nice, but again, this is not a baptismal practice that originated with Christ. In fact, it seems to more closely resemble a different ordinance found in Latter-day Saint temples. 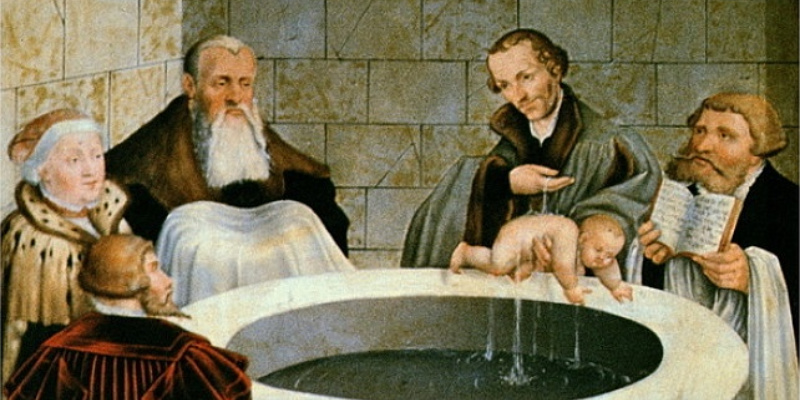 In the third century the simple ordinance of baptism was further encumbered and perverted by the ministrations of an exorcist. This official indulged in ‘menacing and formidable shouts and declamation’ whereby the demons or evil spirits with which the candidate was supposed to be afflicted were to be driven away.

I’d like to think that “menacing and formidable shouts” is an exaggeration. Maybe the prayers of exorcism calmed down as time went on. I really don’t know. But for interested readers, here’s a sample of what the prayer of exorcism may have looked like:

I exorcise thee, unclean spirit, in the name of the Father and of the Son, and of the Holy Spirit, that thou goest out and depart from this servant of God, [Name]. For He commands Thee, accursed one, Who walked upon the sea, and stretched out His right hand to Peter about to sink. Therefore, accursed devil, acknowledge thy sentence, and give honor to the living and true God: give honor to Jesus Christ His Son, and to the Holy Spirit; and depart from this servant of God, N. because God and our Lord Jesus Christ hath vouchsafed to call him (her) to His holy grace and benediction and to the font of Baptism.

Immersion, typifying death followed by resurrection, was no longer deemed an essential feature, and sprinkling with water was allowed in place thereof. No less an authority than Cyprian, the learned bishop of Carthage, advocating the propriety of Sprinkling in lieu of immersion in cases of physical weakness; and the practice thus started, later became general.

According to Talmage, this practice began in the first half of the third century. Again, there is no scriptural precedent for this alteration. That said, if one believes their trusted ecclesiastical leader has authority to change these ordinances, then I can understand why these practices were so accepted. Oftentimes it’s our leaders who are accused of changing or adding ordinances to the gospel, when in reality we’re only striving to restore that which has been lost for so long. 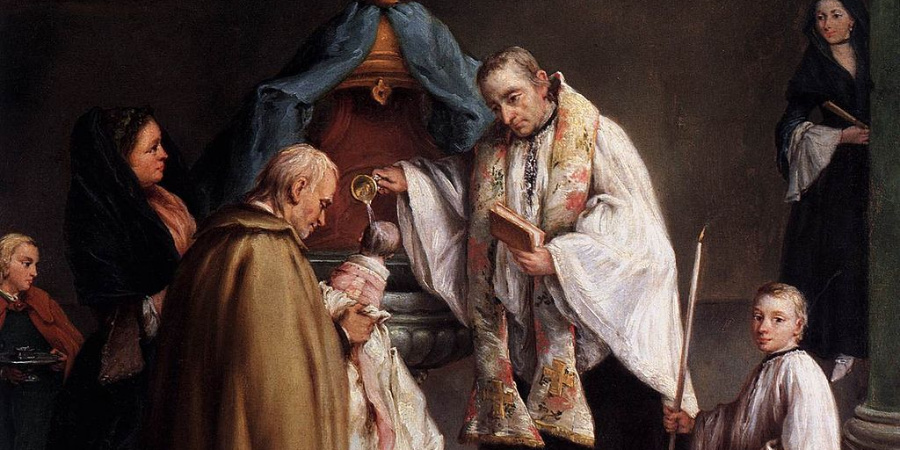 The practice of administering baptism to infants was recognized as orthodox in the third century and was doubtless of earlier origin. …Such a doctrine is foreign to the gospel and to the Church of Christ, and its adoption as an essential tenet is proof of apostasy.

Remember, the prophet Moroni strongly condemns the doctrine of infant baptism at the end of The Book of Mormon. Moroni 8:9-11 is clear:

I know that it is solemn mockery before God, that ye should baptize little children.

Behold I say unto you that this thing shall ye teach—repentance and baptism unto those who are accountable and capable of committing sin; yea, teach parents that they must repent and be baptized, and humble themselves as their little children, and they shall all be saved with their little children.

And their little children need no repentance, neither baptism. Behold, baptism is unto repentance to the fulfilling the commandments unto the remission of sins.

Salt in the mouth 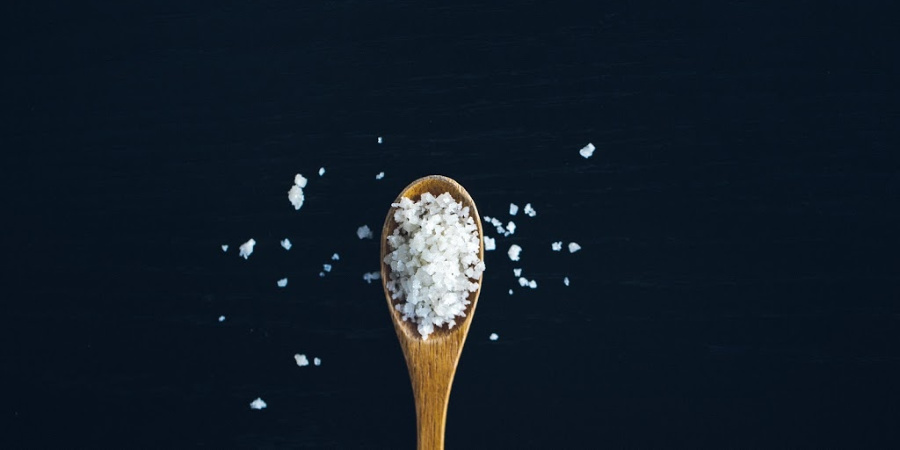 In the fourth century it became the practice to place salt in the mouth of the newly baptized member, as a symbol of purification, and the actual baptism was both preceded and followed by an anointing with oil.

Some faiths continue to use salt in various ways today (ahem… other than cooking). We find some instruction of how salt was/is used in preparation for baptism from the 1964 Sancta Missa: Rituale Romanum. First, the priest blesses the salt with the following prayer (emphasis added):

Almighty everlasting God, Father of our Lord Jesus Christ, look with favor on your servants whom it has pleased you to call to this first step in the faith. Rid them of all inward blindness. Sever all snares of Satan which heretofore bound them. Open wide for them, Lord, the door to your fatherly love. May the seal of your wisdom so penetrate them, as to cast out all tainted and foul inclinations, and let in the fragrance of your lofty teachings. Thus shall they serve you gladly in your Church and grow daily more perfect. And once they have tasted the medicinal property of salt, may they be fit to approach the grace of your baptism; through Christ our Lord.

Then the priest says a prayer of exorcism over the salt:

God’s creature, salt, I cast out the demon from you, in the name of God the Father almighty, in the love of our Lord Jesus Christ, and in the strength of the Holy Spirit. I purify you by the living God, the true God, the holy God, by God who created you to be a preservative for mankind, and ordered you to be sanctified by His ministers for the benefit of the people who are about to embrace the faith. In the name of the Blessed Trinity may you become a saving sign empowered to drive away the enemy. Therefore, we beg you, Lord, our God, to sanctify and to bless this creature, salt, thus providing a perfect remedy for all who receive it, one that will permeate their inmost being. We ask this in the name of our Lord Jesus Christ, who is coming to judge both the living and the dead and the world by fire.

The priest offers another prayer, and then,

Taking a pinch of blessed salt he puts it in the mouth of each catechumen, saying:

[Name], take this salt in sign of wisdom. May it be for you likewise a token that foreshadows everlasting life. 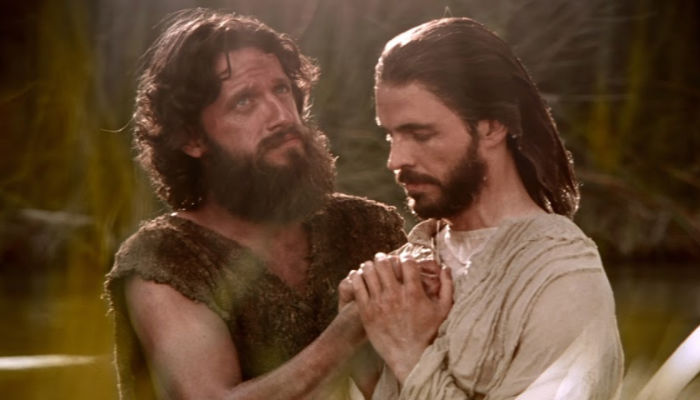 A lot has happened to baptism over the centuries. One might say that the early church was sometimes guilty of “looking beyond the mark.” But frankly, there were many benevolent, sincere Christians living throughout the Great Apostasy. They did the best with the knowledge they had. And as you’ve probably seen, many of the changes to baptism do reflect good intentions. But they also reflect a step towards the fulfillment of the prophecy recorded in Isaiah 24:

The earth also is defiled under the inhabitants thereof; because they have transgressed the laws, changed the ordinance, broken the everlasting covenant.

Related: When Was the Great Apostasy Complete?

In The Church of Jesus Christ of Latter-day Saints, baptism retains its ancient yet beautiful simplicity, as exemplified in Doctrine and Covenants 20:73-74,

The person who is called of God and has authority from Jesus Christ to baptize, shall go down into the water with the person who has presented himself or herself for baptism, and shall say, calling him or her by name: Having been commissioned of Jesus Christ, I baptize you in the name of the Father, and of the Son, and of the Holy Ghost. Amen.

Then shall he immerse him or her in the water, and come forth again out of the water.