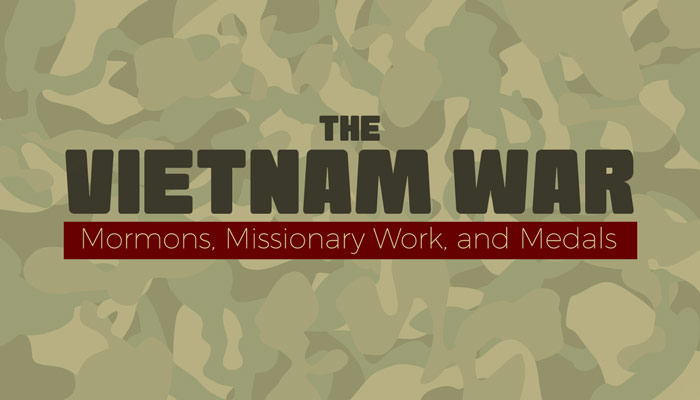 Over the last century, America has been involved with frequent conflicts, both military and moral. Perhaps one of the most controversial eras was that of the Vietnam War.  At home and abroad, there was non-stop turmoil. It seemed like the world had fallen into chaos.

You might be staring, mouth open, at the screen thinking, “how can this guy be talking about unity and the Vietnam War?” It’s a fair point. America was in a sort of moral civil war during that time. The people were not together. The Church, however, was. That is a very important lesson we can learn. We must be united with the revelations of God.

It’s instructive to note that many key Church leaders had opposing views on the war. While David O. Mckay believed in a very active military agenda against communism, Spencer W. Kimball promoted a pacifist policy. Regardless of their personal beliefs, they and every other Church leader joined together to present a unified front. The Church advocated one policy, and that’s it.

The Church advocated the individual acceptance of his or her personal responsibility to serve if called upon. This policy has remained throughout the decades. The Church has generally refrained from actively promoting or fighting any specific conflict.

The 12th Article of Faith might explain why. We believe in being subject to earthly authorities. In this, it is clear that soldiers are to “Not delight in bloodshed” (Alma 48:11). The Church actively promotes techniques to keep spiritual strength even amidst such difficult circumstances.

One opinion of a former Church leader did prove itself to be true about the Vietnam War though. It was then Elder Hinckley. He nurtured a bright hope for the missionary work in Southeast Asia. He said,

“I seek only to call your attention to that silver thread, small but radiant with hope, shining through the dark tapestry of war—namely, the establishment of a bridgehead, small and frail now; but which somehow, under the mysterious ways of God, will be strengthened, and from which someday shall spring forth a great work affecting for good the lives of large numbers of our Father’s children who live in that part of the world. Of that I have certain faith.”

You see, Elder Hinkley had a hope that God would not only supply miracles in a military sense, as He had done before but in a missionary sense. This hope persisted in the midst of a military conflict. Elder Hinckley shows us, with this opinion of the Vietnam War, how to have faith and hope in God’s plan. He shows us that there is opposition in all things. Amidst the darkest of days, we can hope for that “silver thread”.

Learning the story of how the Church began to be established in Vietnam shows the masterful hand of the Creator. As the U.S. started to withdraw its troops from the Vietnam War, the Church began scaling up its own efforts to enourage the Vietnam members to be self-sustaining. It wasn’t long before the Church sent full-time missionaries to Saigon. I honestly wonder if it was the war itself that allowed the missionaries to get there in the first place.

This also teaches us to have hope. We can have hope in the fact that the Lord’s “thoughts are not [our] thoughts, neither are [our] ways [His] ways, saith the Lord. For as the heavens are higher than the earth, so are [His] ways higher than [our] ways, and [His] thoughts than [our] thoughts” (Isaiah 55: 8-9). If we see problems with no apparent solutions, we can hope in a God that can see all solutions.

Sometimes those solutions require all we have.

I think it is good to end this article with two examples men who gave just that: all they had. These two men are amazing examples of selfless sacrifice. They are both LDS. Though they were in combat situations, we can emulate their spirit of sacrifice and give all we can.

Sergeant Sammy L. Davis served with Battery C as a cannoneer during the Vietnam War. His story displays the act of keeping hope and grit in spite of overwhelming odds. His service earned him the Medal of Honor. I will do my best to paraphrase his Citation.

Sgt. Davis was serving during the early morning hours as a cannoneer with Battery C at a remote fire support base. Early in the morning, the base fell under heavy attack from mortar fire and a Viet Cong battalion. Detecting a nearby enemy-held position, Sgt. Davis seized a machine gun and provided cover fire for his gun crew. The artillery cannon received a direct hit from an enemy recoilless rifle and blew Sgt. Davis into a foxhole.

He got back to the cannon, which was burning, and began firing it at the enemy himself. Despite its recoil knocking him back repeatedly, Sgt. Davis fired it about 5 times even after an enemy mortar fell 20 meters from him and wounded him. He then, despite his inability to swim because of wounds, used an air mattress to cross a nearby river to rescue 3 wounded comrades.

Sergeant Davis provided cover fire for the wounded men as they escaped back across the river.  He then joined another gun crew to fight the enemy until the invading force fled. He is a member of our Church and an outstanding example. The footage of him receiving his Medal of Honor was the footage they used in the movie “Forrest Gump” by super-imposing Tom Hanks’ face over Sergeant Davis’.

He was an excellent example of how to give of yourself. Most men would have given up. Davis gave his all. This wasn’t just a story. He was a normal guy, who gave beyond what was required.

Corporal Maxam was a Marine from California. He served during the Vietnam War and earned himself the Medal of Honor, but lost his life in the process. Again here, I won’t be able to do justice in paraphrasing his Citation.

Corporal Maxam’s position at the Cam Lo District Headquarters came under heavy rocket, artillery, mortar, and recoilless rifle fire. It destroyed a portion of the defensive perimeter. He personally went to the breach, exposing himself to enemy fire, manned a machine gun and began to deliver effective fire on the advancing enemy.

Maxam sustained multiple fragmentation wounds from grenades but kept on firing. He was knocked backward from an RPG, but, through intense pain and serious wounds, resumed firing. Eventually, the enemy retreated, but not without throwing grenades and directing recoilless rifle fire at his position. He eventually lost to his wounds, but not without having defended a good portion of the perimeter single-handedly.

My hope is that we can learn from these two examples. They left us a legacy of sacrifice. Yes, they were in the military, but they didn’t have to risk what they did. They could have let someone else do it. They stepped up and sacrificed for those around them. May we emulate their example in our own sphere of action. 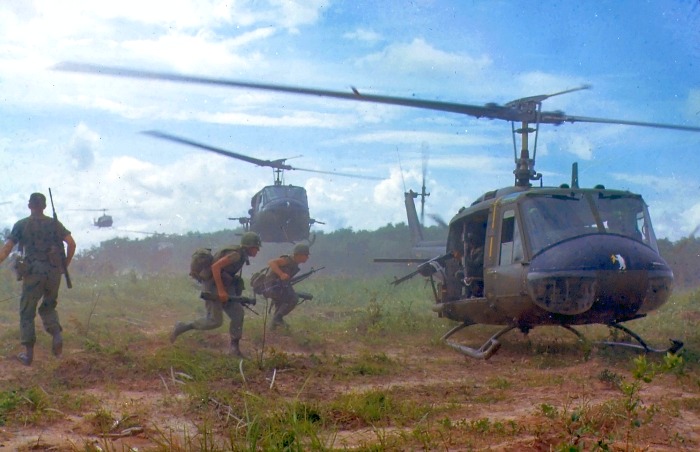 Legacies of the Vietnam War

Though we look forward to a day when Peace will reign, we look to these legacies handed down to us from our forefathers to learn lessons of faith. From the Vietnam War, we have excellent examples, even amidst the era of confusion that it was. May we all incorporate these lessons into our characters and transmit them to our children.

I know that if we learn to be Christlike, our children will have wonderful legacies of which to be proud, just as we can be proud of the legacies left to us from our ancestors.

Thank you for reading this article. Please share it with anyone who needs it. May God bless.

The Infamous Story of Mark Hofmann, the Salamander Letter, and the SLC Bombings