If I were to ask you, “What is the gathering of Israel?” how would you respond? The standard answer is probably something like, “Oh, that’s missionary work. Israel symbolizes God’s covenant people, and as people join the Church, they’re restored (by blood or adoption) to the covenant, or the House of Israel.” And that’s true, but there’s more to it than that, as is evident in the first eight words of our tenth Article of Faith (emphasis added):

We believe in the LITERAL gathering of Israel.

Oftentimes we get so caught up in the symbolism of the gathering of Israel that we forget about the other side of the coin, the literal gathering.

Why this matters in The Book of Mormon

Check out the first couple of verses in 3 Nephi 29 (emphasis added):

“And now behold, I say unto you that when the Lord shall see fit, in his wisdom, that these sayings [The Book of Mormon] shall come unto the Gentiles according to his word, then ye may know that the covenant which the Father hath made with the children of Israel, concerning their restoration to the lands of their inheritance, is already beginning to be fulfilled.

And ye may know that the words of the Lord, which have been spoken by the holy prophets, shall all be fulfilled; and ye need not say that the Lord delays his coming unto the children of Israel.”

OK so we have some strong claims in these verses. First, as The Book of Mormon comes forth, the gathering of Israel will already be moving forward. Second, when you see the first claim happening, recognize it as evidence that the words of the prophets are being, and will be, fulfilled.

Because of our affinity for the symbolic gathering of Israel, we often gloss over these scriptures. “Oh yeah yeah yeah, once The Book of Mormon comes forth, missionary work is going to move forward and we can start gathering Israel.” But if this prophecy is a reference to the literal gathering of Israel, then it’s an eye-opening Book of Mormon evidence that’s been hidden in plain sight for a hundred years.

Why? Because the Jews are fulfilling this prophecy right before our eyes.

Check out these statistics 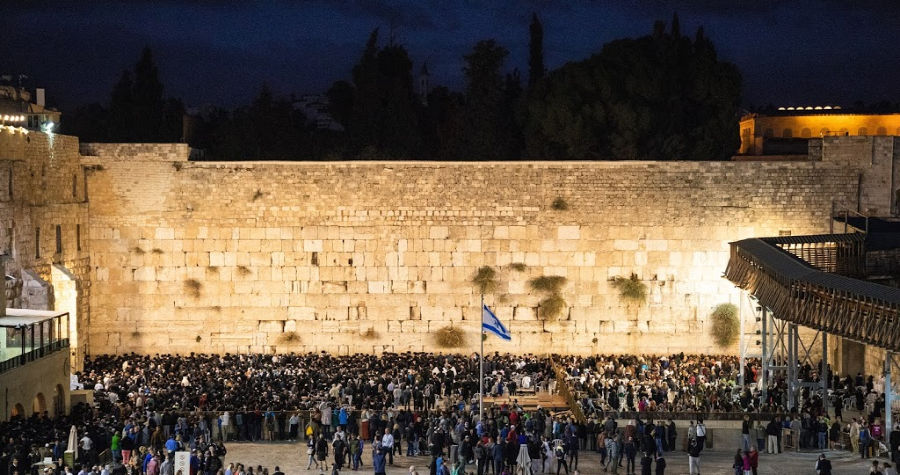 What surprises me is just how dramatically Jews have been “gathering” into their homeland since The Book of Mormon has been rolling forth throughout the world. Take a look at the graphs below:

Graph 2: Coming forth of The Book of Mormon

Disclaimer: I’ve used this graph to represent the “coming forth of The Book of Mormon” under the assumption that nobody joins the Church without first learning about The Book of Mormon. I believe it’s the most correlated and representative data available.

I know comparing graphs of two very different things is dangerous. People can skew things, correlation isn’t always causation, etc. I have only one purpose in showing and comparing this data: As The Book of Mormon has been rolling forth throughout the world, the Jews have unequivocally been returning to their promised land. I’m not saying one is happening because of the other, I’m just saying they’re both happening at the same time, in accordance with the prophecy. 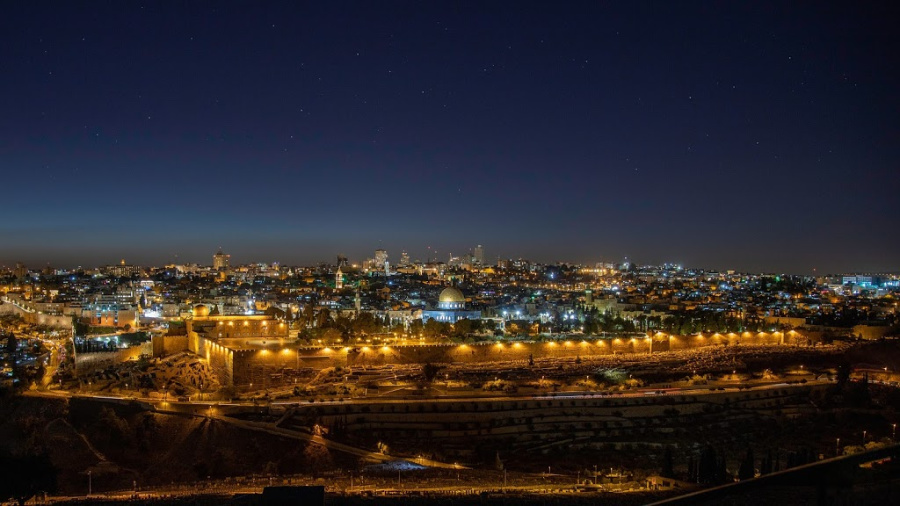 Jewish immigration to their ancestral homeland, Israel, is called aliyah. There have been several recorded major instances of aliyah in Zionist history. (Zionism is “the national movement for the return of the Jewish people to their homeland,” AKA the literal gathering of Israel.)

The first Zionist aliyah started in about 1880 and continued for a couple of decades (some 35,000 immigrants) before the second aliyah (about 40,000 immigrants) immediately followed. Eventually, the rise of Nazism prompted the fifth aliyah (a whopping 250,000 immigrants). This is about the time when Graph 1 starts climbing drastically.

The Balfour Declaration of 1917, a document from the British government formally supporting “a national home for the Jewish people” in Palestine, also prompted many Jews to immigrate to their homeland.

In 1882, .03 percent of the world’s Jewish population lived in Israel. By 2012, that number had grown to 42.9 percent. The literal gathering of Israel is happening before our eyes.

Another lucky guess by Joseph Smith

The literal gathering of Israel is not a belief specific to The Church of Jesus Christ of Latter-day Saints. Plenty of biblical Christian denominations believe in it. What is specific to our faith is this prophecy in 3 Nephi 29. Not only does it teach that the gathering would happen, but that it would happen right along with the coming forth of The Book of Mormon.

Based on the data above, Joseph Smith had no indication that the literal gathering of Israel would soon take off. The number of Jews in Israel had remained incredibly stagnant for hundreds of years before Joseph’s time and even for a few decades after his death. Was it a lucky guess? Maybe. But I don’t think so.

And ye may know that the words of the Lord, which have been spoken by the holy prophets, shall all be fulfilled; and ye need not say that the Lord delays his coming unto the children of Israel.

Can you think of any other prophecies in The Book of Mormon that have yet to be fulfilled? Let us know in the comments.

Jewish population in Palestine between 1856 and 1880 (Data for Graph 1 in the early 1800s is sparse, but sources consistently place it in the low thousands. The dashed line represents a rough estimate.)