Life Humor 9 Times Text Messaging Would Have Made Things a Lot Easier in... 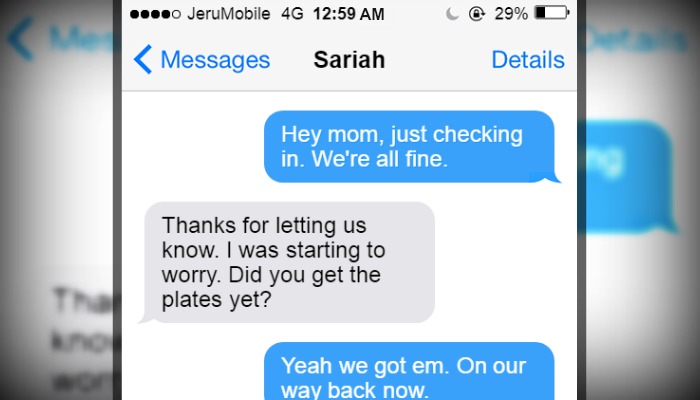 Things were tough back in the day. Nephi didn’t just have to build a boat—he even had to build the tools he was going to use to build the boat. Sheesh. It makes you wonder how things might have been different if they had access to some of our modern conveniences. Like, say … text messaging.

For she had supposed that we had perished in the wilderness; and she also had complained against my father, telling him that he was a visionary man; saying: Behold thou hast led us forth from the land of our inheritance, and my sons are no more, and we perish in the wilderness. 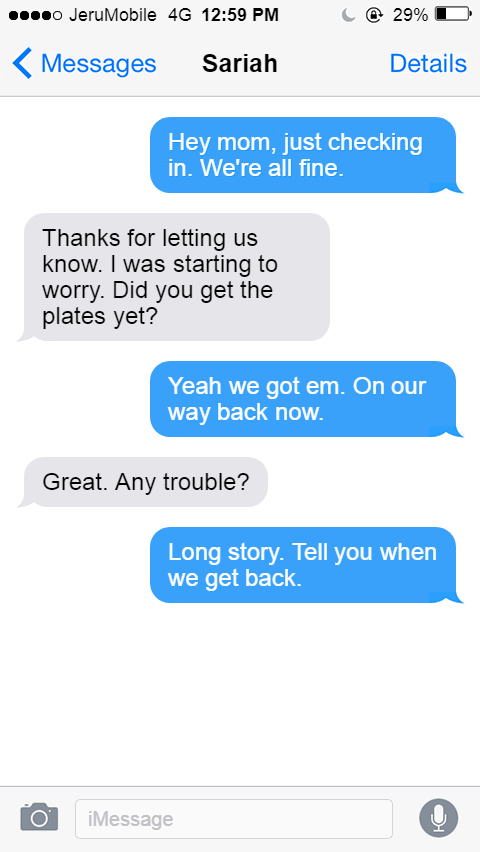 But behold, great has been the slaughter among our people; yea, thousands have fallen by the sword, while it might have otherwise been if ye had rendered unto our armies sufficient strength and succor for them. Yea, great has been your neglect towards us …

Can you think to sit upon your thrones in a state of thoughtless stupor, while your enemies are spreading the work of death around you? Yea, while they are murdering thousands of your brethren— 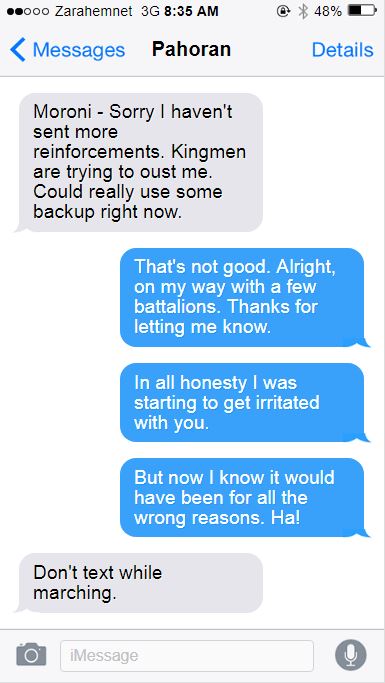 It sure would have been nice for Moses to not have to carry two stone tablets down a mountain. 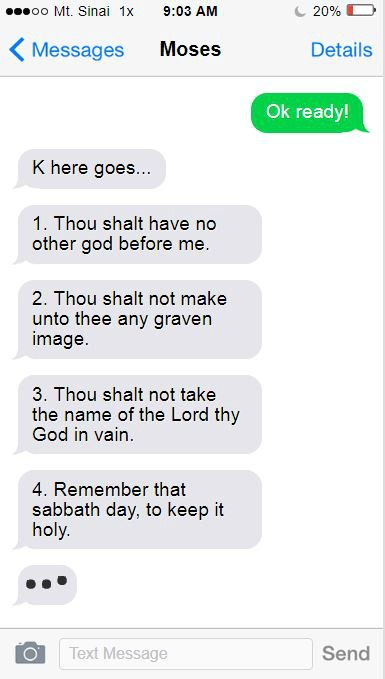 It sure would have been nice for Nephi to have gotten the brass plates without involving poor Zoram (though it all seemed to work out nicely in the end anyway). 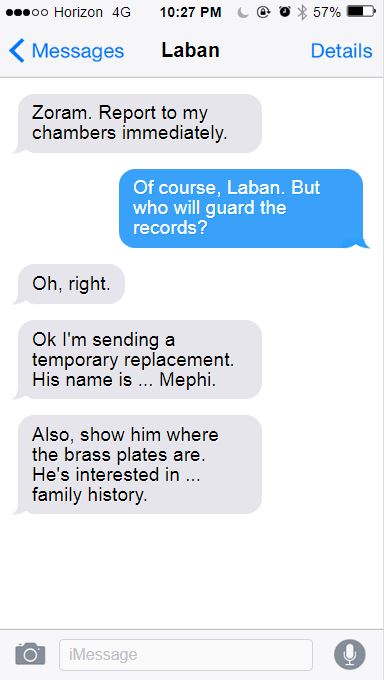 And it came to pass that he began to speak to his people from the tower; and they could not all hear his words because of the greatness of the multitude; therefore he caused that the words which he spake should be written and sent forth among those that were not under the sound of his voice, that they might also receive his words. 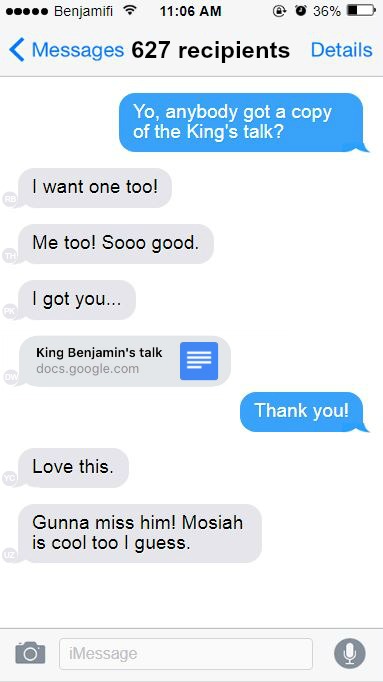 But it came to pass that [the Lamanites] did not pursue us far before they halted; and it was in the morning of the third day of the seventh month.

And now, whether they were overtaken by Antipus we knew not, but I said unto my men: Behold, we know not but they have halted for the purpose that we should come against them, that they might catch us in their snare; 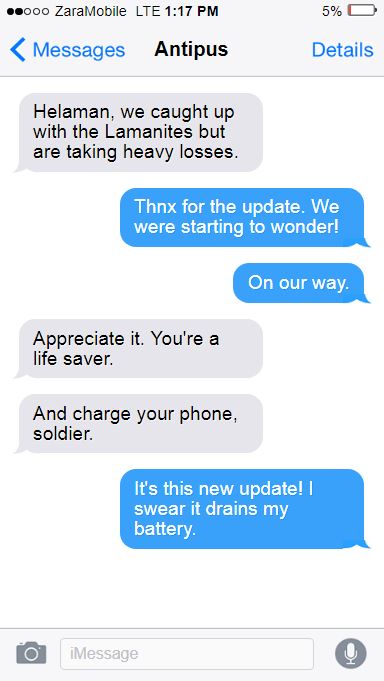 And in the thirty and eighth year, this man built other ships. And the first ship did also return, and many more people did enter into it; and they also took much provisions, and set out again to the land northward. 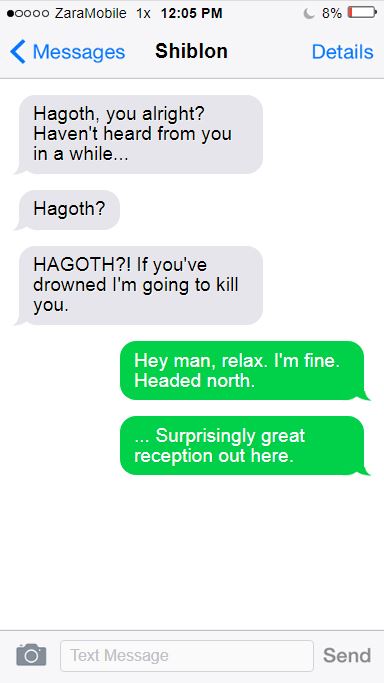 Now the servants of the king began to murmur, saying: Now the king will slay us, as he has our brethren because their flocks were scattered by the wickedness of these men. And they began to weep exceedingly, saying: Behold, our flocks are scattered already. 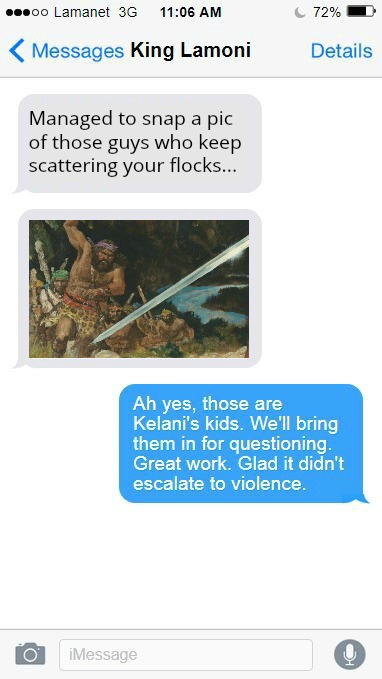 Thus, having been converted to the Lord, and never having made it known, therefore, when [Abish] saw that all the servants of Lamoni had fallen to the earth, and also her mistress, the queen, and the king, and Ammon lay prostrate upon the earth, she knew that it was the power of God; and supposing that this opportunity, by making known unto the people what had happened among them, that by beholding this scene it would cause them to believe in the power of God, therefore she ran forth from house to house, making it known unto the people.

And they began to assemble themselves together unto the house of the king. 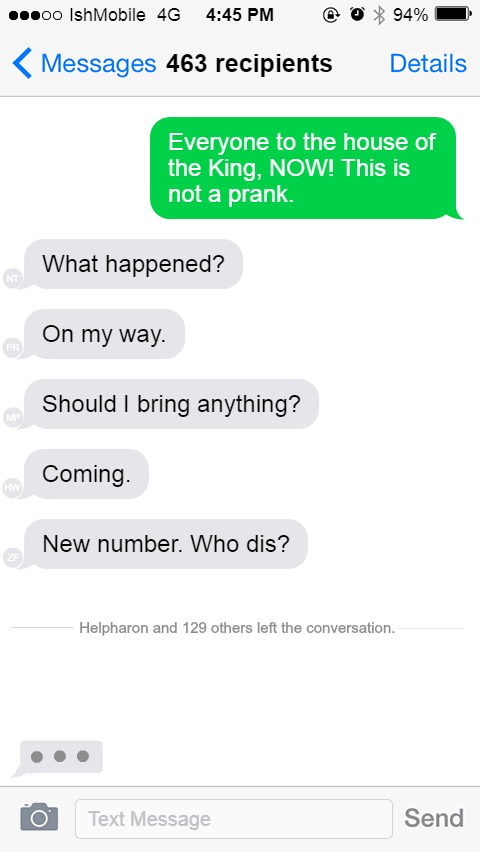 Sure would have been nice if Joseph could have not given Martin the only copy of the Book of Mormon manuscript. 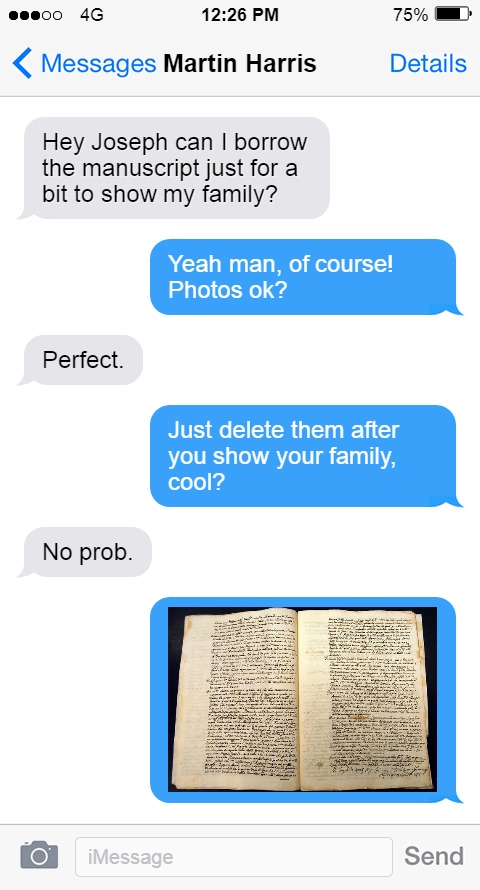