It has been 12 years since the kidnapping of Elizabeth Smart. Since her return, Smart has been a powerful influence for those who have experienced sexual assault. She published her book, My Story in 2013 and this year, it was released in paperback. On October 2nd, 2014, Smart spoke at the Empowering Women Luncheon through the YWCA in Rochester, New York where she shared new details about her ordeal.

As reported by Inquisitr.com, Smart shared this wonderful advice she received from her mother after she was rescued,

Elizabeth, what this man has done to you, it’s terrible, there aren’t words strong enough to describe how wicked and evil he is. He has stolen nine months of your life from you that you will never get back. But the best punishment you could ever give him is to be happy, is to move forward with your life and to do exactly what you want to do. … The best thing you can do is move forward because by feeling sorry for yourself and holding on to what’s happened, that’s only allowing him more power and more control over your life, and he doesn’t deserve another second. So be happy

At the luncheon, Smart wanted to let girls and women know of the power they have and what they can do if they’ve been victims of any sort of crime or assault,

There is a lot of evil in this world, a lot of terrible things going on, but I want you to know there is also so much good in this world and so many people who want to make our communities, our world a safer place and certainly these women here at the YWCA embrace that and they try to promote that.

The YWCA Luncheon is an annual event put on to promote donations, which help fund multiple services directed by women of the association.

And from a look at the tweets below, women were definitely inspired:

At today's YMCA luncheon in #ROC where the keynote speaker is Elizabeth Smart. People are lining up to meet her pic.twitter.com/L9CeQ1hfOY

Elizabeth Smart, at the age of 14 was a kindhearted, athletic, and musical young woman. She had grown up in Utah with her parents and five siblings and was passionate about her academic studies. On June 2nd, 2002, Elizabeth Smart was kidnapped from her bedroom around 1am, waking up to the sound of footsteps in her room.

Brian Mitchell, her kidnapper, was a homeless man, religious fanatic, and a polygamist. That night, he whispered the words that would change her life forever,

I have a knife to your neck. Don’t make a sound. Get out of bed and come with me, or I will kill you and your family.

According to Biography.com, Mitchell forced Smart to walk to a mountainside which lead into a forest where his wife, Wanda Barzee waited for them. There Mitchell and his wife conducted a strange wedding ceremony. Smart told NBCNews,

Over the next nine months Smart was raped repeatedly every day by Mitchell as he took her to California. Smart found ways of manipulating him, eventually convincing him to take her back to Utah where she knew she would be found. Her sister, Mary Katherine, who was present when Mitchell came into the girl’s room, eventually aided in Smart’s rescue.

Years have provided Smart with vital healing as she has become a proactive member in the rape/assault victim community. She has also been married for two years now. Smart continues to move forward in her life, refusing to let her terrible experience keep her from what she’s meant to accomplish. She desires to spread hope to all those who have endured trials in life.

You can visit YWCA’s website to see the services they provide and ways you can donate, or watch the video provided below to see how Smart is still progressing in life. 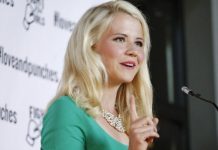 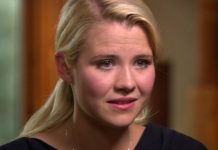 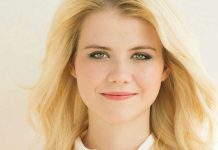